Excerpt from The Young Turks. 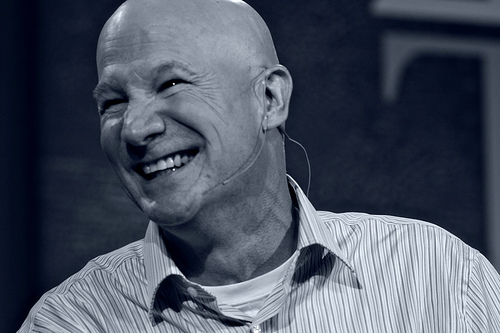 Please read this explosive post by Brent Detwiler.
Detwiler blows the lid off the thoroughly corrupt leadership at Covenant Fellowship Church in Glen Mills, PA.  CFC is a part of the Sovereign Grace Denomination. Included in the Detwiler post is this information:

“Comment: This victim-witness helped out with child care during the Alpha Course at CFC. Leroy Eugene Wilson was convicted on July 1, 2005 on 3 counts: 1) involuntary deviate sexual intercourse, 2) indecent assault, and 3) corrupting morals of children.

A civil trial was later scheduled for September 24-28, 2007. Sovereign Grace Ministries and Covenant Fellowship Church were both named as Defendants. It appears there was an out of court settlement for damages. C.J. Mahaney and Dave Harvey never told me about this civil lawsuit against SGM.”

Since C.J. Mahaney was the leader of the Sovereign Grace Ministries in 2007, and SGM was named in the lawsuit, it is clear C.J. Mahaney knew about the sexual abuse taking place at CFC.  Most likely Mahaney was consulted by the corrupt leaders of CFC on how to best handle the lawsuit. Yet in Mahaney’s statement above he states “let me be clear about this: I have never conspired to protect a child predator, and I also deny all the claims made against me in the civil suit.”

Uhm, yeah, whatever C.J.  As I have stated before, Mahaney sounds similar to one of our former Presidents who wagged his finger in the face of the nation and strongly denied the charges.  When you read Detwiler’s post you realize there was a whole lot of protecting the child predator going on.

As an aside, the civil suit spoken of by Mahaney in his statement above has been dismissed due to statute of limitations constraints.  C.J. says he looks forward to the day when he can speak freely.  That day has arrived C.J.  We are waiting with bated breath to hear some more of your lies.

All these leaders involved in this cover-up should be facing criminal trials.  Any person capable of rational thought should flee Covenant Life Church and Mahaney’s Sovereign Grace Church of Louisville.  Any church or bookstore still selling books authored by C.J. Mahaney or Dave Harvey really needs to question if they are truly Christians.

Below is a promotion for a class at CFC.  More than a bit ironic, wouldn’t you say?  Surely no pastors on their staff are qualified to teach on the subject.

John Piper, Mark Dever and Wayne Grudem demonstrating their  discernment by supporting C.J. Mahaney.  They all spoke at Mahaney’s church after the sexual abuse scandal went public. These men are compromised “leaders”.