“What we know about God these days is giving us a deep stream of shallow books and is filling our libraries. (We are not despising true learning, and certainly not that wisdom which comes from above.) But what we know is one thing; whom we know is quite another. Paul had nothing, but yet “possessed all things.” Sublime paradox! Blessed poverty! This blessed man was loaded spiritually. Building Christ’s empire and writing the oracles of the Lord never unbalanced him. Yet despite Paul’s incomparable record, we find him toward the end of the journey still longing for more: “That I may know him, and the power of his resurrection, and the fellowship of his sufferings, being made conformable unto his death.””
-Leonard Ravenhill, “Why Revival Tarries”

You may recall that on May 13, 2014 I met with Ranjini Ganta, manager of the Bible Society Centre, a bookstore in the lower level of the UCCD church. While the bookstore is an independent entity, the selection of books they stock is heavily influenced by UCCD.  Indeed, UCCD seems to either not be satisfied with the books offered in the Bible Society bookstore, or they have realized there is a nice profit to be made if they sell books themselves. Whatever the reason, UCCD now sell books at the back of their church.

A few weeks ago I heard John Folmar, senior pastor of UCCD, promoting the book “Modest.”  The book, co-authored by Tim Challies and R.W. Glenn, is no longer available from Challies’ publishing company, Cruciform Press. Challies decided to pull it after R.W. Glenn was fired from his senior pastor’s job at Redeemer Bible Church in Minnetonka, MN. You can read more on that story here.

Yep, this is what the church should be and do!

After hearing Folmar’s promotion of the book from the pulpit I wrote  the following email, addressed to both Folmar and the chairman of the elder board. Not surprisingly,  I have not heard a word from either man in response.

You may wish to reconsider your promotion from the pulpit of the book “Modest”, co-authored by Tim Challies and R.W. Glenn.  Glenn has recently been removed from his position of senior pastor of Redeemer Bible Church due to a three year affair with a woman in his church.

Challies, whose publishing company, Cruciform, printed the book, has removed the book from the Cruciform website.

Back to my story on the Bible Society Centre. I stopped by the bookstore after the church service today.  It has been 5 months since I met with Mrs. Ganta and I wanted to see if Mahaney’s books were still being sold.  Much to my disappointment, they were.  As a matter of fact, they even had an additional book by Mahaney along with two written by his wife.  I don’t fault Mrs. Ganta for this.  When I met with her in May she was very sympathetic to my cause, but told me that the final say on the matter would be the pastors.

Knowing that John Folmar held the most influence in that group I had little reason to hope for the removal of Mahaney’s books.  After all, Folmar told me a few years back that he considered Mahaney’s “The Cross Centered Life” one of their “go to books” for new converts.  Blackmail and conspiracy to cover up sexual abuse of minors by authors doesn’t seem to matter if the book is “chock-full of good doctrine.”

“Pedophilia… should be confronted and exposed and opposed… and that is what Jesus opposed.”  -John Folmar

When I was a member of UCCD, the church John Folmar is the senior pastor of, I confronted and exposed and opposed the promotion (from the pulpit) and sale of books by C.J. Mahaney. C.J. Mahaney is credibly charged with covering up the sexual abuse of children, blackmailing the co-founder of his denomination and setting up a hush fund to silence a pastor of his denomination whose son was raped by the son of another pastor in the same denomination.

I advised UCCD pastors of this growing scandal and suggested it would be prudent for  them to quit selling Mahaney’s books. Their response? John Folmar asked me to be the “deacon of books” a new position he was creating to manage the book sales in the back of their church.  I told him I would accept the job with the condition that none of Mahaney’s books were sold. This is when Folmar told me he considered Mahaney’s “The Cross Centered Life” one of their “go to books” for new converts. He said he may have to find someone else for the job, but would bring the issue before the elder board and let me know.

A few weeks later, while having lunch with an assistant pastor of UCCD, he told me he was sorry to hear I had turned down the job!  I asked him if the issue had been brought up in the elders meeting.  It had not! I relayed the conversation that Folmar and I had and told the assistant pastor that John Folmar had lied to me.

An hour or two after lunch I received a call from John Folmar informing me that he had spoken with a few of the elders and decided to select someone else for the new deacon job.

I had linked to stories revealing the scandal and lawsuit C.J. Mahaney and Sovereign Grace Churches were involved in on a private Facebook page for UCCD members. This page was created and mangaged by a fellow member who held no leadership position in the church. UCCD assistant pastor, John Welkner, strong-armed the member who had started the Facebook page and took control of it. Welkner then sent me an email informing me he had removed my links to the Mahaney/Sovereign Grace scandal.

Exposing and opposing pedophilia? The only opposing the UCCD pastors were engaged in was opposing my exposing of one of John Folmar’s favorite authors, an author who enabled pedophiles. Who is tolerating “Jezebel?”

There is no question C.J. covered up child sexual abuse despite his audacious denial.  By that I mean, he and his staff intentionally did not report known or suspected child abuse to law enforcement.  That was their policy as stated by Robin Boisvert, Corby Megorden, and Joshua Harris.  It was all handled internally and covered up.  People in harm’s way were not warned.  As a result, abusers like convicted felon Nathaniel Morales went on to abuse and destroy many lives.  C.J. should be in jail.”
-Brent Detwiler, former leader in the Sovereign Grace Denomination

“Pray for us, for we are sure that we have a good conscience, desiring to conduct ourselves honorably in all things.”
-Hebrews 13:18

“Do not participate in the unfruitful deeds of darkness, but instead even expose them;”
-Ephesians 5:11

Here are some photos of the books I found on the shelves of the Bible Society Centre bookstore today.  The Go$pel Corporation is alive and well in the Middle East! 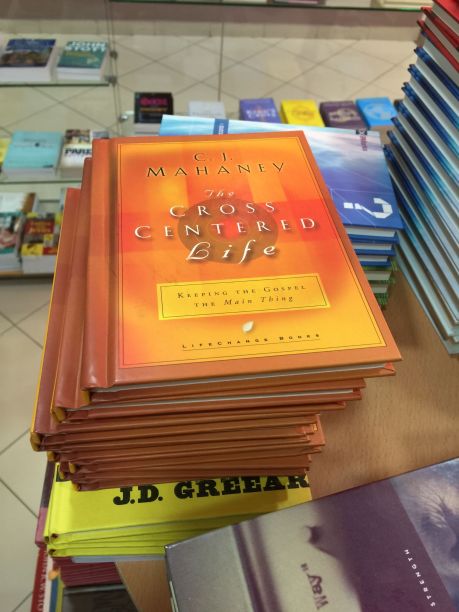 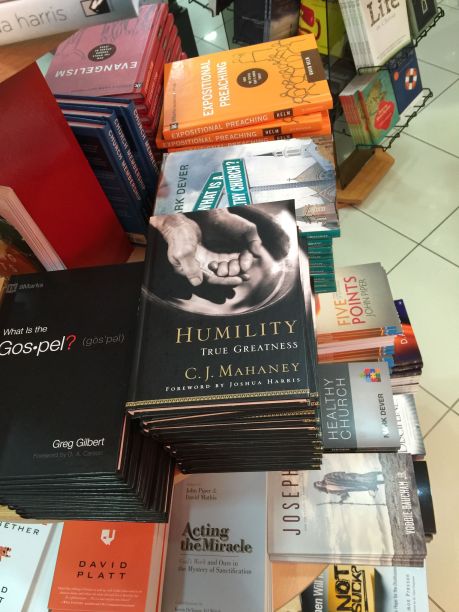 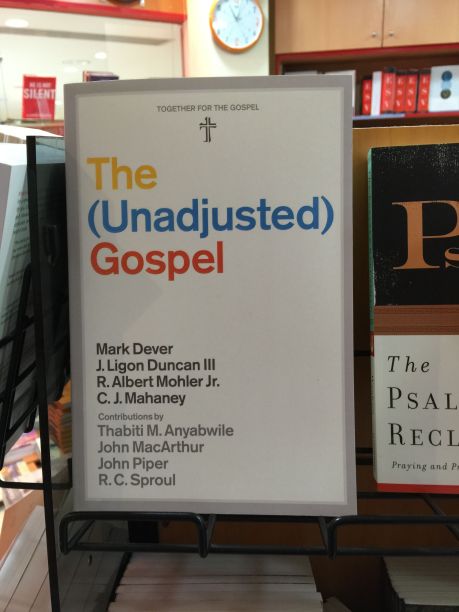 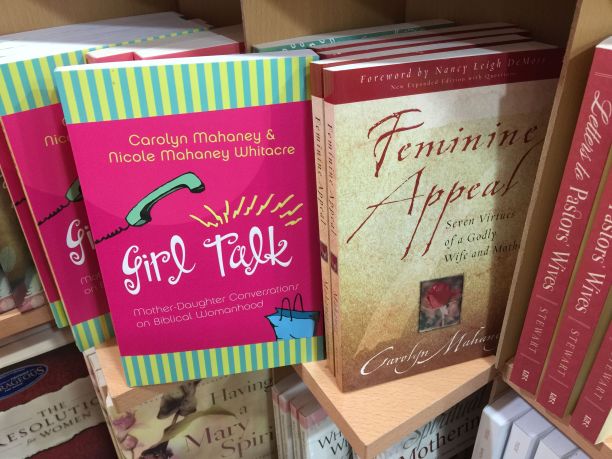 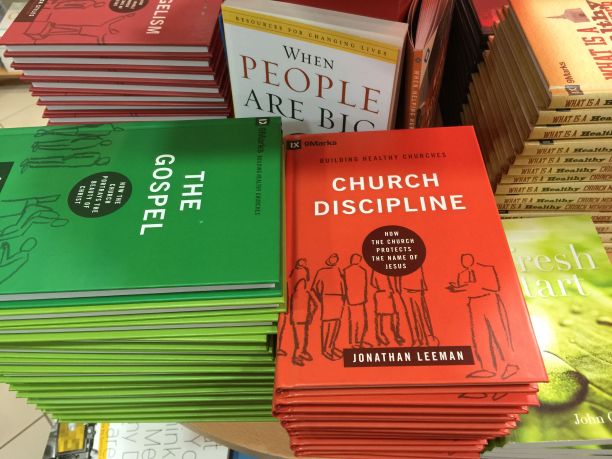 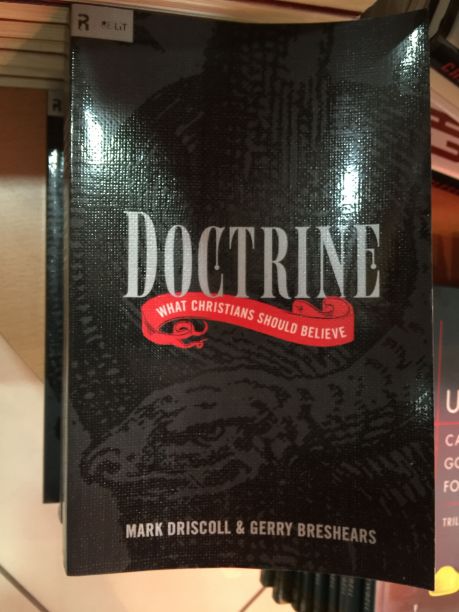 I hate to bang the same old drum that I always bang at this point, but lay people need to realize there is big money involved, and some of the high profile cases of guys who survive long after they should not have survived because they are no longer of good reputation, some of those cases connect to money. It’s as simple as that.

Every time I say that I get emails from people saying “Well, give me an example.”

I assume that I will be totally ignored on this. I would remind listeners that pretty much everything I have said about the celebrity culture and evangelicalism, and pretty much everybody I have called out in the last decade, I’ve been proved to be right; even though you’ve all ignored me. That’s fine.

The whole big money “uber-conference” circuit depends upon big names and the pressure on the one hand to write blog posts about child abuse, and then to tweet stuff protecting people who have been pulled into those kind of scandals. That’s huge; it’s huge because it plays to the gallery on the one hand-that you look cared for and concerned; but when it comes down to what we call “brass tacks,” you’re really not doing the evangelical movement any favors at all.

I think the problem in a lot of evangelicalism now is the money has gotten so big from a lot of these peripheral organizations that they’ve become laws unto themselves, and the blowback on the child abuse thing is that names become too big. They do become indispensable to the economy of evangelicalism and that’s a problem, that’s a real problem.

That points to the optics of a lot of this as well. I’m tired of reading statements coming out from churches and organizations where there has been child abuse, where you get two or three lines of throat-clearing at the start, [stating that]

“We’re very sad that X, Y, and Z’s lives were totally ruined by sexual abuse that we should have taken steps to deal with,” and then you get thirty-six pages of how the devil is using this to destroy some good ministry or some good man’s ministry. The optics on this are absolutely abominable.

This has done incalculable damage to ordinary Christians, not only those who have been abused but those who quite frankly get sick of the cover-ups and sick of the self-serving rhetoric at the top. I can understand why people drift away from the Reformed faith on this score and that’s why I think the leaders need to take more responsibility, we’re not trying to score cheap points here, we’re trying to make the point that our faith is being damaged by the need to preserve certain organizations and certain ministries. That’s a problem!