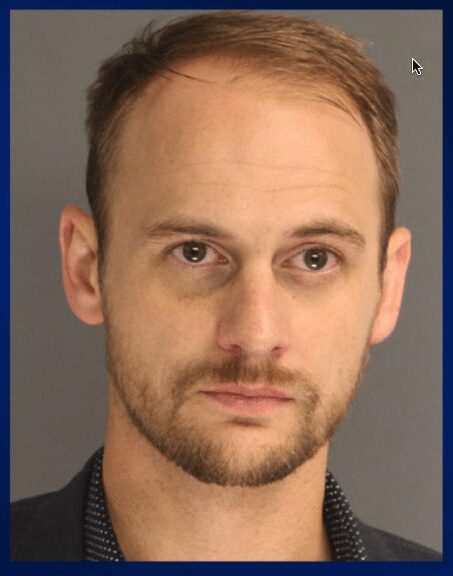 Jacob Malone was sentenced Friday, April 28 to three to six years in prison after entering guilty pleas to institutional sex assault, corruption of minors and child endangerment. He also must register as a sex offender for 15 years. Malone and prosecutors had reached an earlier plea deal that called for a two-year minimum jail term, but Judge Jacqueline Cody rejected that deal a month ago. ““You are serving a sentence much lighter than the crime deserves,” Cody told Malone as he stood before her in handcuffs and shackles. “You have taken responsibility for a very, very serious series of crimes that have completely altered someone’s life,” the judge told Malone, who expressed remorse for his actions. “You can’t ever take that back.” Cody called it a failure of the court system that the age of the victim played a role in downgrading the crimes he was guilty of, even though he had “encouraged” and “promoted” the illicit behavior. “The things you have done are inexcusable,” she told Malone.”

Read the entire story in the “Daily Local News.” 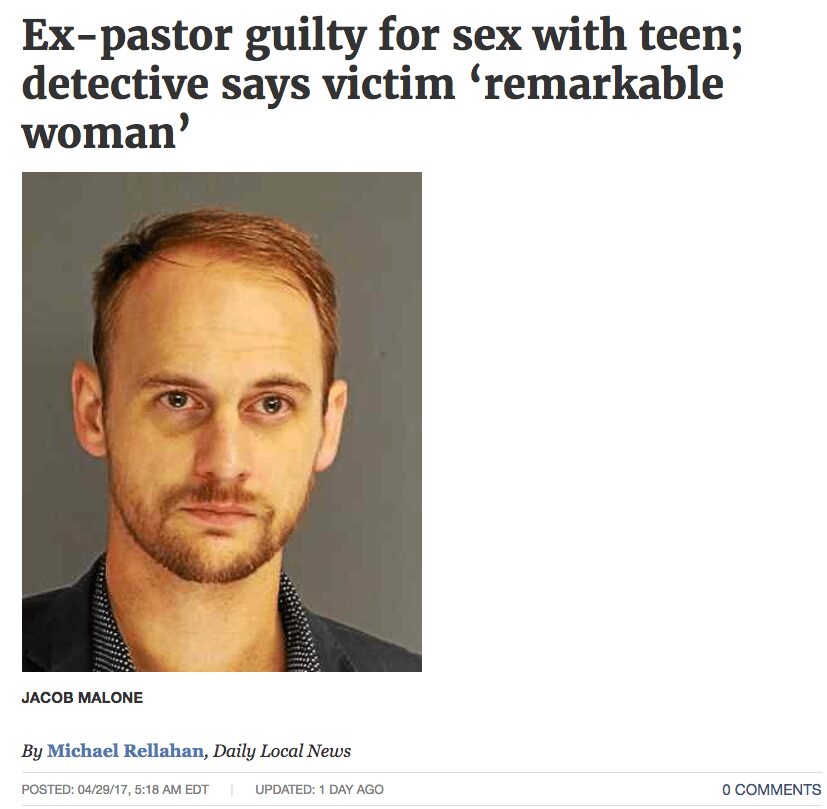 Many bloggers, myself included, believe Malone’s sentence was way too lenient.

It looks like Malone’s “step back from public, professional ministry for a time, almost like a self-imposed sabbatical” may be for a bit longer than Malone had planned. I dare say it was not self -imposed either.

There are other victims.

I am not surprised. Pedophiles have generally left a trail of victims in their wake prior to being arrested.

My email is tlwdxb@protonmail.com should you or anyone you know wish to contact me. Confidentiality will be maintained.

Hopefully, they all seek legal representation.

If the wife has any friends left, I hope they stage an intervention or something drastic as a wake up call. She is in denial. Or totally naive.

Grooming the victim: From 12 years old in Arizona, to Minnesota, to Pennsylvania.

From People magazine: “The victim said Malone raped her and the sexual contact occurred daily, though Malone’s attorney, Evan Kelly, says Malone did not use physical force.”

“I recognize that it was my responsibility to keep our relationship from becoming inappropriate, and I betrayed that.”

This quote infuriates me. Glad he’s going to jail.

Most everything he says infuriates me! That video where he says he is taking a self-imposed sabbatical is over the top. The man is a fraud. It will be interesting to see (if he survives his prison sentence) if he attempts to get back into a paid pastoral job. My guess is he will.