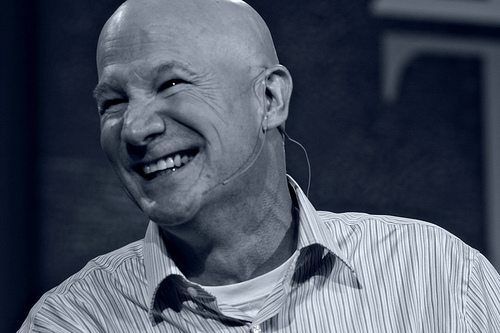 There are many similarities between the scandals.  While the actual abuse of children seems to have been perpetrated by the clergy, the top dogs in both organizations do not seem to have participated themselves, but instead are guilty of attempting to cover-up the abuse.

The Roman Catholic Church finally has a Pope in charge who seems to be serious about ridding his church of sexual predators.

The Evangelical Church has not reached this point.  Sexual predators and those leaders who cover-up the abuse are generally given a pass.  This is true not only in the Sovereign Grace denomination, but also in the Baptist denomination.

One problem with Sovereign Grace Ministries is that C.J. Mahaney was the head of the denomination, the “Pope” if you will, so there is really nobody that could force him to resign; indeed anyone in the denomination’s leadership bold enough to confront Mahaney  soon found himself looking for new employment.

It is encouraging to hear that the Roman Catholic Church is now moving aggressively against not only the sexual predators in the clergy, but also against those in top positions who covered up the abuse, thus providing cover for the predators.

“Speaking out on the most important clergy sexual abuse issue in the United States, Boston Cardinal Sean O’Malley said the Vatican must do something quickly about Bishop Robert Finn, the Kansas City prelate convicted of failing to report child abuse by one of his priests.

Finn, convicted two years ago, was sentenced to two years of probation for waiting six months before telling police that diocesan officials had found pornographic images of young girls on the computer of the Rev. Shawn Ratigan, one of his parish priests.”
-Crux, November 14, 2014

Ratigan pleaded guilty to child pornography charges and was sentenced to 50 years in federal prison; Finn has remained the bishop of the diocese.

“A Jackson County circuit judge in 2012 convicted Finn of a misdemeanor of failing to report suspected child abuse until months after church leaders and employees learned of photographs of young girls on a priest’s computer. The charges were expunged from Finn’s record after he completed a two-year probation period without incident.