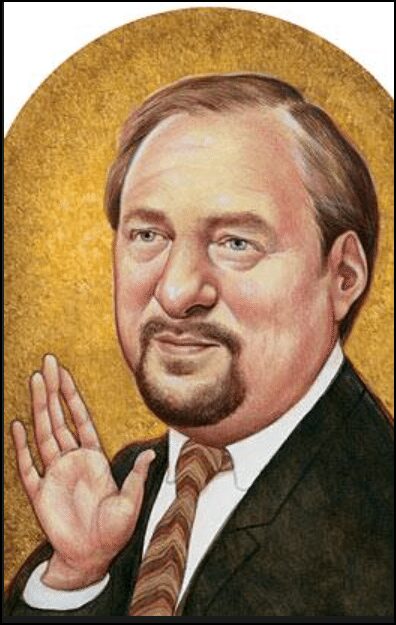 Below is the Arizona sentencing guideline and below that the official Arizona court information for the ongoing case of Thomas J. Chantry. You will notice that in addition to the five counts of molestation of a child, Chantry is also charged with two counts of aggravated assault with serious physical injury.  I am not an attorney, so there is no way I will attempt to interpret this guideline except to say that, if convicted, Chantry is going to be facing a long prison sentence. 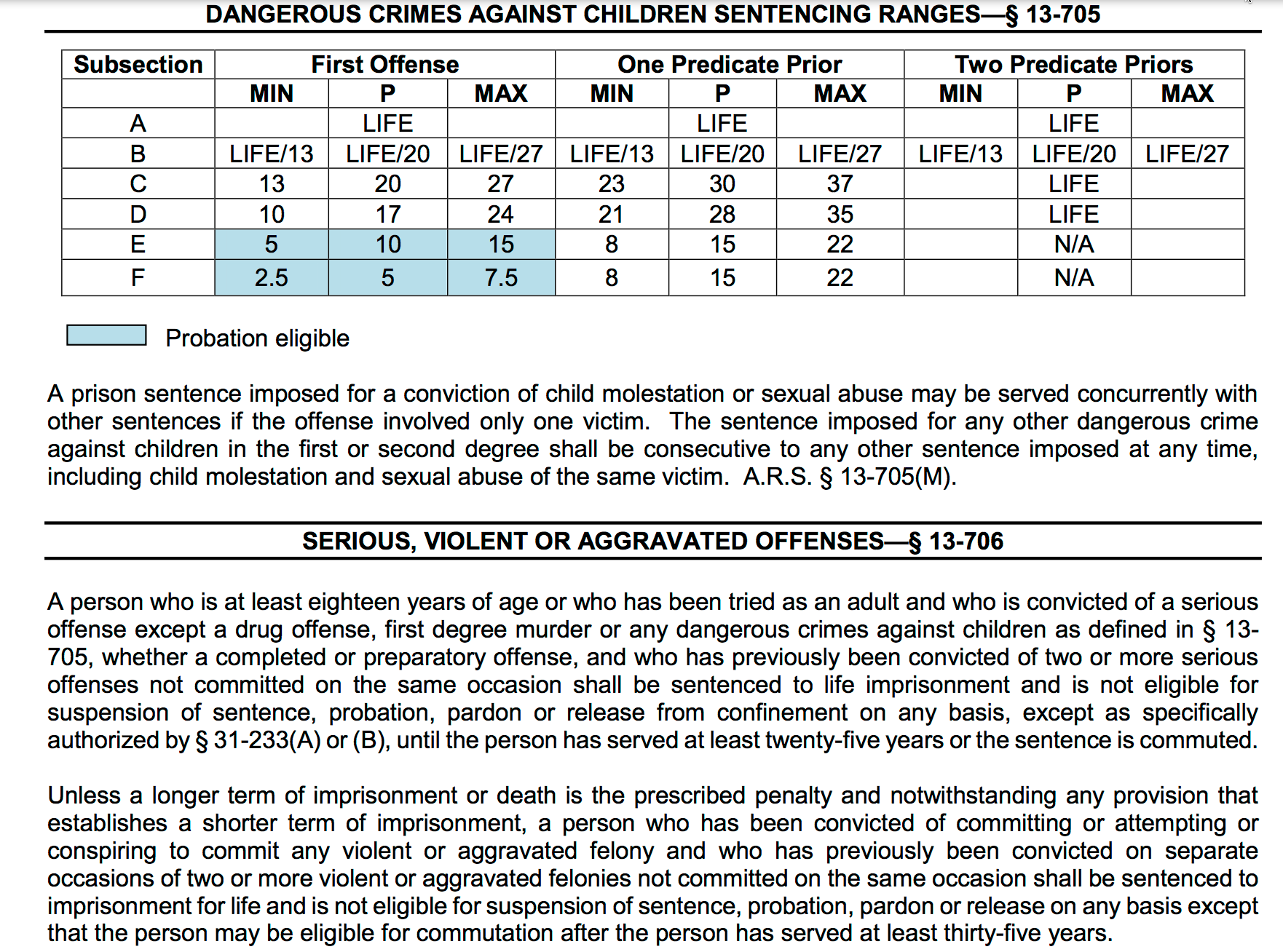 It looks as if Tom Chantry obtained one of the best defense attorneys in the state of Arizona.

{Editorial note: Based on some discussions I have had, I removed some financial speculation which is not germane to the issues at hand.]

Does anyone know what is going on with his trial? I can’t find anything other then it was transferred to another court but not what court. My family was going to Grace reformed Baptist Church in Rockford il for a few months until we started looking into this. And knowing they helped him and his father is now at that church as well as his father in law not a safe place for us or our children!

Thanks for your question/comment. Chantry’s trial was originally scheduled for March but at the request of Chantry’s attorney it has been rescheduled for November 6-20th. It will be held in the Superior Court of Yavapai County, located in Prescott, AZ.

Thank you for the update!

You are most welcome!

The latest update is the court case is scheduled to commence January 8, 2018.

With that sort of attorney the technicalities alone means this will be long and drawn out. Expensive but worth it for the defendants. I pray the victims perseverance and courage.

Yes, and our criminal justice system is far from infallible. Guilty people go free and innocent folks are sent to jail all the time. Thus, “saying someone is ‘guilty until proven innocent’ is a glib contention, in my view. The legal system has to look at matters that way but individuals do not.

For example, how many parents would hire a baby-sitter who had been indicted on charges of child sexual abuse but had not yet gone to trial? I think the answer to that question shows the limits most of us face when trying to be fair and treat people as though they’re innocent until proven guilty when child safety issues are at hand.

Therefore, I agree that Mr. Chantry should not face criminal penalties unless he is found guilty of the crimes for which he has been indicted. However, there’s enough evidence that’s he’s likely guilty of at least some of the charges against him, in my opinion, for people to take action regarding the protection of other children whom this man may have molested. Specifically, the Churches and other ministries associated with Mr. Chantry need to take steps to investigate whether he had other victims and make the public aware of the very credible allegations he’s facing.

Most pedophiles are serial pedophiles, and children may have trouble articulating the abuse they’ve experienced.

At this point, wouldn’t it be immoral to completely avoid advising the community about the very credible allegations against Mr. Chantry until his trial, which may take years, is over?

People may want to read this post on my website. It connects Chantry to the larger problem of pastoral abuse and its cover-up by fellow leaders like Mark Dever, Kevin DeYoung, Todd Pruitt and Phil Johnson.

Thanks Brent. As always, you did a thorough job!

It looks as if Tom Chantry obtained one of the best defense attorneys in the state of Arizona. I wonder who is footing the bill for this?

I asked the same question over at The Wartburg Watch when Dee referenced the Goodrich abuse at Providence Baptist in Raleigh. Goodrich’s attorney, Joe Cheshire, is a well known and expensive defense attorney. He usually takes on high-profile cases. Who paid for the legal bills?

Perhaps Chantry’s family has some cash reserves or perhaps he is now burning through his inheritance (in many, many more ways than one, truth be told). If you ever receive an answer, I would be interested as well.

Covenant Life Church (CLC), in Gaithersburg, MD, was the flagship Church of Sovereign Grace Ministries (SGM) when Todd started this blog. Abuses at SGM inspired Todd to create this site, as I recall.

According to credible sources CLC did, and probably still does, use non-profit Church resources to retain lawyers and provide other assistance to credibly accused child molesters. It’s part of the Church’s strategy to protect itself from being held responsible for harboring a pedophile ring for decades. Nor is CLC the only Church that has established strategies in place for helping child molesters evade the criminal and civil justice systems, based on the research Todd and I have done over the years.

Therefore, it’s reasonable to think that people who have a vested interest in keeping their possible involvement in covering up or even facilitating Chantry’s alleged crimes against kids, may be footing the bill for his legal defense. Even if Chantry is innocent, it seems unlikely that no one in a Church leadership position associated with his ministries knew about allegations pertaining to the crimes he’s been indicted for given how many charges he’s facing.

Thus Chantry may have communicated that he won’t immediately reach a plea deal regarding his alleged crimes, as long as the people who may have enabled them provide him with a quality legal defense.

I realize that the above theory is speculative, as Tom Chantry has not been tried. However, it would fit a patterning of Churches protecting pedophiles that is, sadly, quite common even if it doesn’t apply to Mr. Chantry because he’s completely innocent of all of the many criminal charges he’s facing.

This wouldn’t surprise me because none of these “enablers” want to be held accountable in any way whatsoever. Brian Loritts is a perfect example, who helped cover up his bro-in-law’s horrific abuse and there doesn’t seem to be a single high profile minister willing to rebuke him and call on him to step down from vocational ministry for his horrific sin. I tweeted that he should have to pay restitution two days ago and now I’m blocked, so I consider it a badge of honor to be blocked by one of the enablers. The problem is that it’s the common, unknowns like me who are challenging these guys and the good ol’ boys refuse to hold them accountable. When you see a case like Chantry’s and you realize that he was a zealous defender of Mahaney, you have to wonder: could it be that the reason they won’t hold each other accountable is because of the skeletons in their own closets?