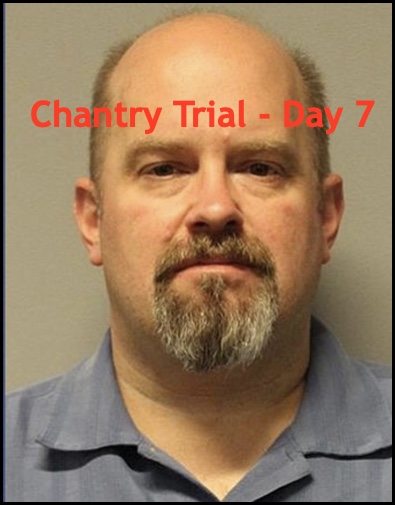 Leading off the trial this morning was Chris Schopen, an expert witness who is a Dedicated Forensic Interviewer. You may recall that Schopen also testified at the first Chantry trial. Schopen has been specially trained in how to interview victims of abuse. Most of those she interviews are children.

Schopen’s purpose in the courtroom was to provide the jurors with a brief informational overview of how abuse victims share their stories and why the vast majority of victims delay disclosing the abuse.

Specifically, Schopen told the court about “delayed disclosure.”  Simply, this is a term for when a victim of abuse does not report the incident immediately.  This is very common and occurs for numerous reasons, among which are:

Schopen also spoke about “piece-meal disclosure.” This refers to where the victim of abuse reveals a little piece of information about the abuse, generally the least embarrassing, and watches for a reaction from the person they are sharing with. If the victim perceives he is being believed he will share more, if not believed he will shut down.

Schopen also spent some time talking about memory and how it works.  She said we don’t remember things in an orderly fashion, our minds don’t recall events in the video-recorder type of fashion. Generally, we recall things better in relation to where they happened rather than when they happened. She used the example of the 9-11 terrorism event. (I think this was not the best example because the very title of the incident tells us the “when.” A better illustration may be the O.J. Simpson car chase!) So, if you were asked where you were when you witnessed the event you are much more likely to remember that and less likely to remember the date or time it happened. The “where” anchors an event for us in our memory and helps us recall more details.

I have not done justice to Ms. Schopen’s session, but I found it very informative. She is a very competent, well-spoken individual.

Following the testimony of Chris Schopen the jury was dismissed for about an hour while the Judge, the Prosecuting attorney and the Defense attorney discussed a procedural issue which ultimately resulted in the State not calling their final witness. (I may discuss further details of this at a later date.)

The jury was called back in and the State rested its case. The Defense elected to call no witnesses and therefore also rested their case. With that, the jury was dismissed for the weekend. After the jury had once again left the courtroom the parties discussed what they wanted included in the final instructions that will be read by the Judge to the jury prior to them beginning deliberations.

Court will resume Tuesday morning at 0900 with closing arguments, followed by final instructions and then deliberations will commence. I would guess a verdict will be returned by Wednesday, but that is mere speculation from a novice!

Todd, Janna, and Brent, I wish to thank you all from the depths of my heart for all that you have done to see justice done and stand strong for the victims of child abuse throughout this entire sordid affair. I am sure that our glorious God in Heaven has also taken notice. I worked with verbally, physically, and at times, sexually abused children, for over 30 years in an urban school district and did my best to (with God’s grace) to help them cope and pick up the pieces of their soul shattered lives. One of the most difficult thing for me to deal with was to have to sit back and watch the abused children be returned to the horrible living situations from which they came and to be returned to the perpetrators of evil by social service agencies for the supposed “good” of the children. I would often escape to a private room and pray and weep for them. However, what I did pales in comparison to the torments that all of you must have suffered reporting these crimes perpetrated upon innocent children from fine Christian families. May the good Lord bless you all as you continue to do His Kingdom work.

Todd, what’s Chantry’s demeanor this time? IIRC in the first trial he was quite engaged in note-taking and speaking with his attorney. And also testifying on his own behalf. Thanks!

That is interesting that the defense didn’t call any witnesses. Was that a surprise considering that they called witnesses last time?

It was not a surprise to me. In my opinion both Don Lindblad and Tom Chantry taking the Stand would have helped the Prosecution. Frankly, Lindblad’s testimony from the first trial must have been embarrassing to ARBCA and unhelpful, at best, to Chantry. You may recall that on day two of his testimony Lindblad had to clarify what ARBCA’s official position on the case was. As I recall Judge Astrowsky also had to admonish him for his attempts to evade questions and not being forthright.

I also think Chantry’s testimony in the first trial hurt his case. His total denial of everything the witnesses for the State said hurt his credibility. I don’t see any scenario where what he would have said on the stand at this trial could work in his favor. Ryan Stevens, Chantry’s attorney, made the smart call, IMO.

Thank you. At least it will spare the victims having to hear Tom deny everything. Hopefully his not testifying and not having any witnesses will make him look bad. At least one guilty verdict (prayerfully 4 guilty verdicts) delivered during the ARBCA General Assembly would be so nice.

This week’s ARBCA 2019 General Assembly was originally scheduled to be held in Arizona. Some months ago they moved it across the country: they’re meeting at the chapel of Baldwin Wallace University in Ohio. Once again, the womenfolk are being sent away to an off-site tea party during the associational business meeting:

too close to the chantry trial?
lol

That thought crossed my mind, as well.

It seems as though the rescheduling backfired 😉

it would be wonderful if a rogue 2019 arbca ga attendee were to post here, even anonymously
and yes, we know some of YOU are reading this website – everyday

without violating their privacy, I hope Todd is able to give us SOME insights into the GA and if the Chantry matter is discussed publivly or privately by arbaca leadership and/or messengers

Thanks for the information. I wonder what, if anything, the women are allowed to discuss at that tea party. Maybe they just sip in silence.

Do these women have to clean up after the men when the mens’ meeting is over?

While on the ARBCA site, I looked at the requirements for becoming an ARBCA church.

They seem doctrinaire. I see no suggestion that potential church members must be interested in expressing the love and compassion for which Jesus was well known.

protecting their many children from abuse by outside bloggers – sadly lol

JLC said: “They seem doctrinaire. I see no suggestion that potential church members must be interested in expressing the love and compassion for which Jesus was well known.”

At my former church — a staunch ARBCA proponent and unshakeable defender of Tom Chantry — the doctrine was extraordinarily precise. But the Gospel was all but absent. We heard many a seminary-level lecture, but little of the Gospel, unless a guest preacher was in the pulpit, or when the other elder was infrequently preaching from Isaiah 53.

Interesting. Let’s look back at the 17th century and see what Baptists did back then to handle congregations of people that were upset over their pastors sin and coverups.

That’s not unusual since it appears that the defense is sticking with the victims being “inconsistent” and “contradictory” and can’t take a chance to take a brick out of that strategy.