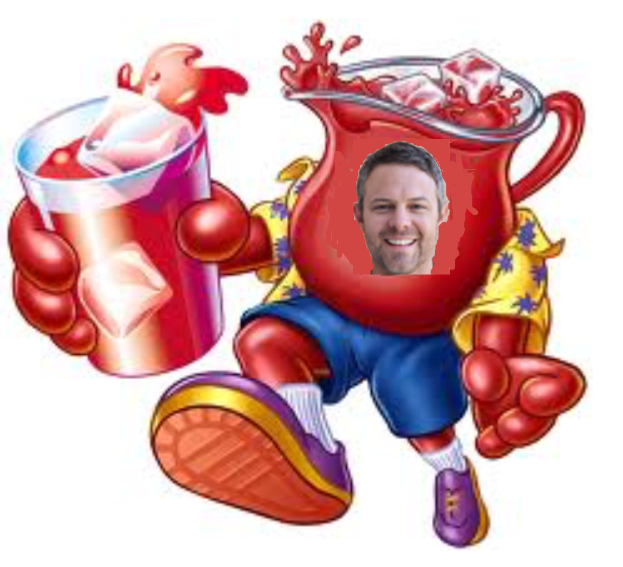 “No one believes that their discipleship is abusive; it’s always the other group. Look more closely; you may be surprised.”
Chrnalogar, Mary Alice. Twisted Scriptures (p. 19). Zondervan. Kindle Edition.

Tiffany Stanley wrote an article for “The Washingtonian” about the sexual abuse scandal, titling her article, “The Sex-Abuse Scandal That Devastated a Suburban Megachurch: Inside the rise and fall of Sovereign Grace Ministries.”

Benjamin Sledge also wrote about the Sovereign Grace sexual abuse scandal in an article for “Medium” titled, “Together for the Go$pel.”

SGC published an official response to Rachael Denhollander’s article. Their response appears to have been purged from the SGC website, along with many other historical documents, but may be found on The Wayback Machine. In my opinion, SGC is attempting to rewrite their history as their response contains numerous inaccurate statements. (Read Rachael Denhollander’s response to the Sovereign Grace statement here.) 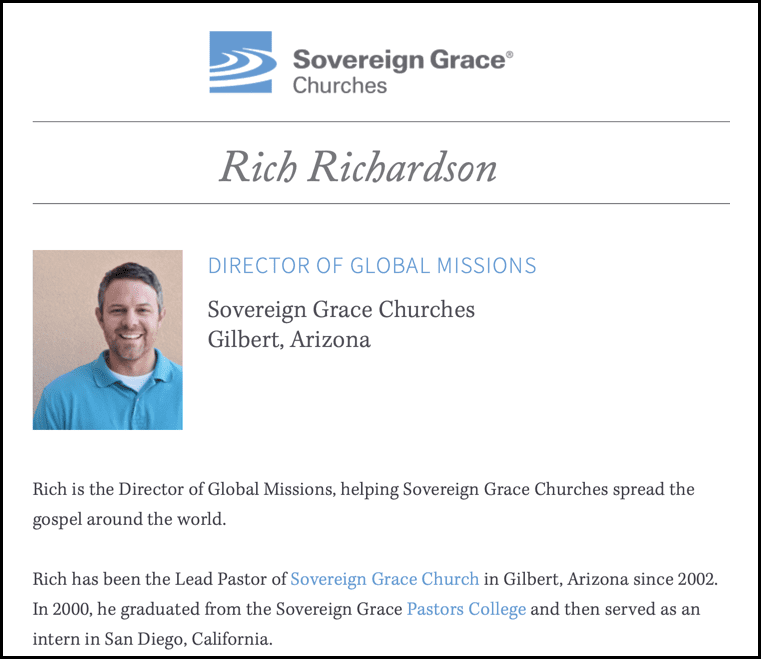 Rich Richardson has been one of the more outspoken defenders of Sovereign Grace Churches. Recently on his Facebook account, he was attempting to convince SGC critics that the SGC attempt at rewriting history was the truth. Of course, he had his band of sychophants figuratively back-slapping, high-fiving, and reassuring him that “he da man” at his every utterance.

Of course, so-called facts that Rich was relaying, such as convicted pedophile Nate Morales never worked for CLC/SGM; unlike the Catholic Church, no SGM pastors were ever relocated; and there was no hush fund were easily refuted.

But when presented with primary documents, guys such as the Sovereign Grace Gilbert Worship leader, Zach Boomsma said he would rather believe pastor Rich, a man he knew and trusted for years, over redacted emails.  Hard to argue with logic like that! 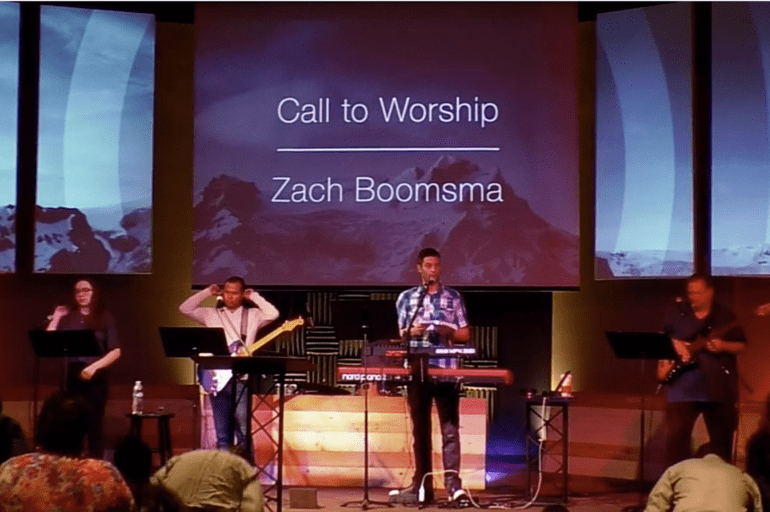 Brent Detwiler was slandered by Rich and his followers, so he weighed in with a few comments. He also wrote an article on his blog titled:

I would encourage all to read it. It is evident to me just how dishonest Sovereign Grace’s leadership is. Detwiler presents factual data to set the record straight, including the comment below, addressed to Rich:

Brent Detwiler Well you have gone from “Brent is unreliable” to “just [because] Brent blogged about it doesn’t make it true” to “Brent is lying. … He is not trustworthy.”  I don’t know which is worse, your arrogance or ignorance.  Did you even listen to the oral reports Lars Liebeler gave to Covenant Life Church?  Nathaniel Morales was employed by Covenant Life Church for nine months to oversee the International Student Ministry.  He worked for Grant Layman.  Here is what Liebeler reported to CLC on October 12, 2014.

“I did review a historical record of all the persons entered into the Covenant Life payroll accounting system.  It does show that Nathaniel Morales was in that category, in an undesignated category with a hire date of July 1, 1987 and a termination date several [nine] months later of April 1, 1998, 1988 excuse me.”

Here is what Layman wrote in the April 1988 Family News for Covenant Life Church.

“Nate Morales is overseeing our International Student Ministry and is doing a great job!  Starting from scratch this past year Nate is now meeting regularly with approximately twenty international students.”

Everyone who has studied the evidence knows you and Sovereign Grace are the ones who have continuously lied and deceived.  This is just another example.  And in predicable fashion you call me a liar when I am the one telling the truth.  You continue to employ the evil strategy of slandering messengers in hopes people will not listen to their messages.  It has backfired for the past eight years.  People see through your deceit and arrogance.

Facts are stubborn things. When Rich is presented with them what does he choose to do? In true Orwellian form,  he removed Brent and my comments and blocked me (and I assume Brent) from his Facebook page!

“Every record has been destroyed or falsified, every book rewritten, every picture has been repainted, every statue and street building has been renamed, every date has been altered. And the process is continuing day by day and minute by minute. History has stopped. Nothing exists except an endless present in which the Party is always right.”
― George Orwell, 1984

“Often the leaders do not want their followers to even consider information. Attacking the motives and credibility of a critic is an effective way to accomplish this. When members are conditioned by leaders to believe that information is credible only if the source of that information is acceptable, it is unlikely followers will seriously consider anything said by those ridiculed by the leaders. These victims become putty in the hands of these leaders.”
-Chrnalogar, Mary Alice. Twisted Scriptures (p. 144). Zondervan. Kindle Edition.

More amazing than Rich pushing what is, in my opinion, a false narrative of the sexual abuse scandal in SGC is what Rich is now willing to say to his church members from the pulpit. 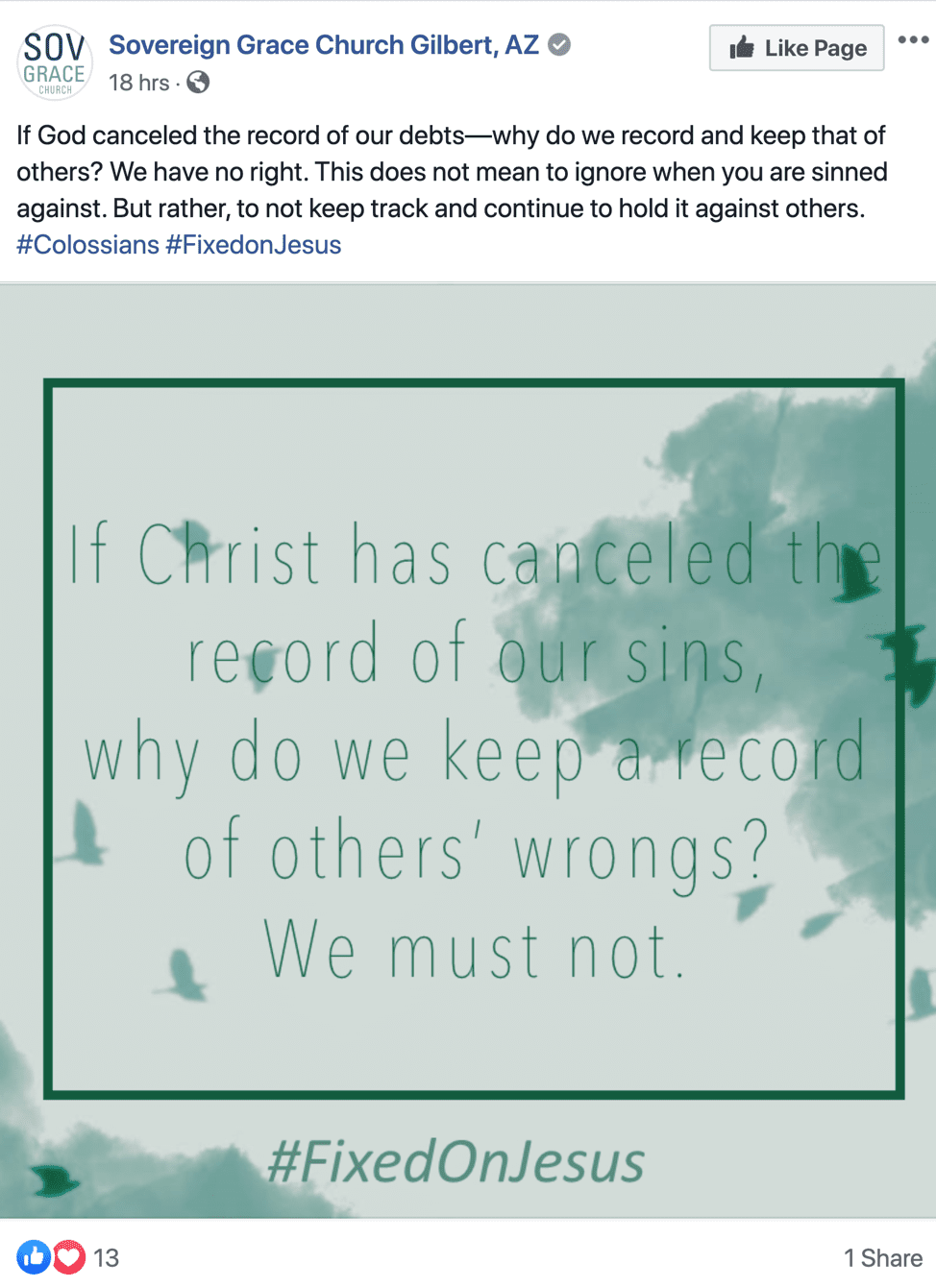 I could be wrong, but Rich seems to be conducting a thinly-veiled attack on Brent Detwiler.

When Rich states “why do we record” what is he talking about? I do not believe it is meant for members in his church, but rather Brent Detwiler, who, over the years, has maintained a thorough record of all the evil deeds which have transpired in Sovereign Grace Churches. After all, I do not know anyone who actually “records” the sins of others. I would add that if someone has sinned against you and then asks your forgiveness, you are to forgive that person and it would be wrong to hold that against the person. Rich leaves that important bit out of the equation.

But I don’t believe this is what Rich is referring to. In my opinion, Rich is upset that Brent has kept detailed records of institutional abuse and cover-up by Sovereign Grace Churches. These abuses have never been admitted or repented of. Brent has every right to keep these records and I for one, am thankful that he has kept them. Without individuals keeping records of things, there would be very few pedophiles convicted of their crimes.

I wonder how many of the deep thinkers in the congregation of Sovereign Grace, Gilbert connected what Rich stated with Brent Detwiler?

Below is a recording of the applicable section of Rich’s sermon preached on October 13, 2019.

Below is a quote from Eusebius of Caesarea.  Eusebius was a “historian of Christianity, exegete, and Christian polemicist. He became the bishop of Caesarea Maritima about 314 AD.” Based on number 2 of the quote below, it would seem the bishop disagrees with Rich’s sermon.

1. It is my purpose to write an account of the successions of the holy apostles, as well as of the times which have elapsed from the days of our Saviour to our own; and to relate the many important events which are said to have occurred in the history of the Church; and to mention those who have governed and presided over the Church in the most prominent parishes, and those who in each generation have proclaimed the divine word either orally or in writing.
2. It is my purpose also to give the names and number and times of those who through love of innovation have run into the greatest errors, and, proclaiming themselves discoverers of knowledge falsely so-called [1 Timothy 6:20] have like fierce wolves unmercifully devastated the flock of Christ.
-Eusebius of Caesarea. Eusebius of Caesarea: Ecclesiastical History . Kindle Edition.