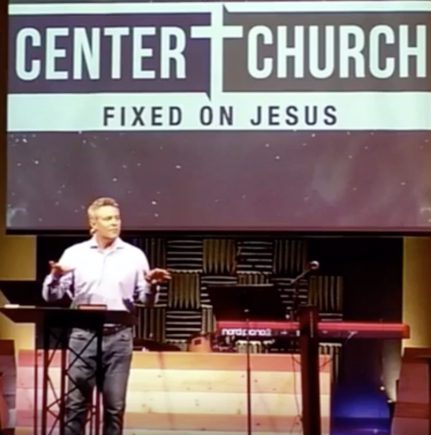 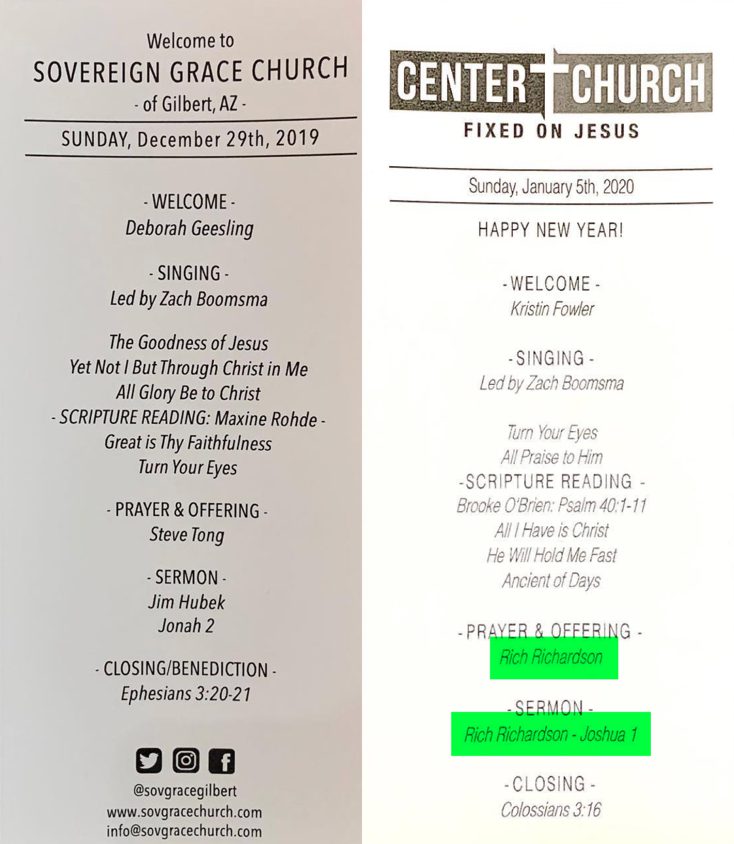 On November 1, 2019, I published an article about churches leaving the Sovereign Grace denomination while some of those who are remaining in the denomination are changing their names.

The reasons given to the faithful pew-sitters for the name change are varied, but in typical Sovereign Grace fashion the number one reason for a name change is not mentioned – the reason is that it makes it difficult to recruit new “giving units” to your church after the prospective members conduct a Google search of Sovereign Grace and they come up with items like this: 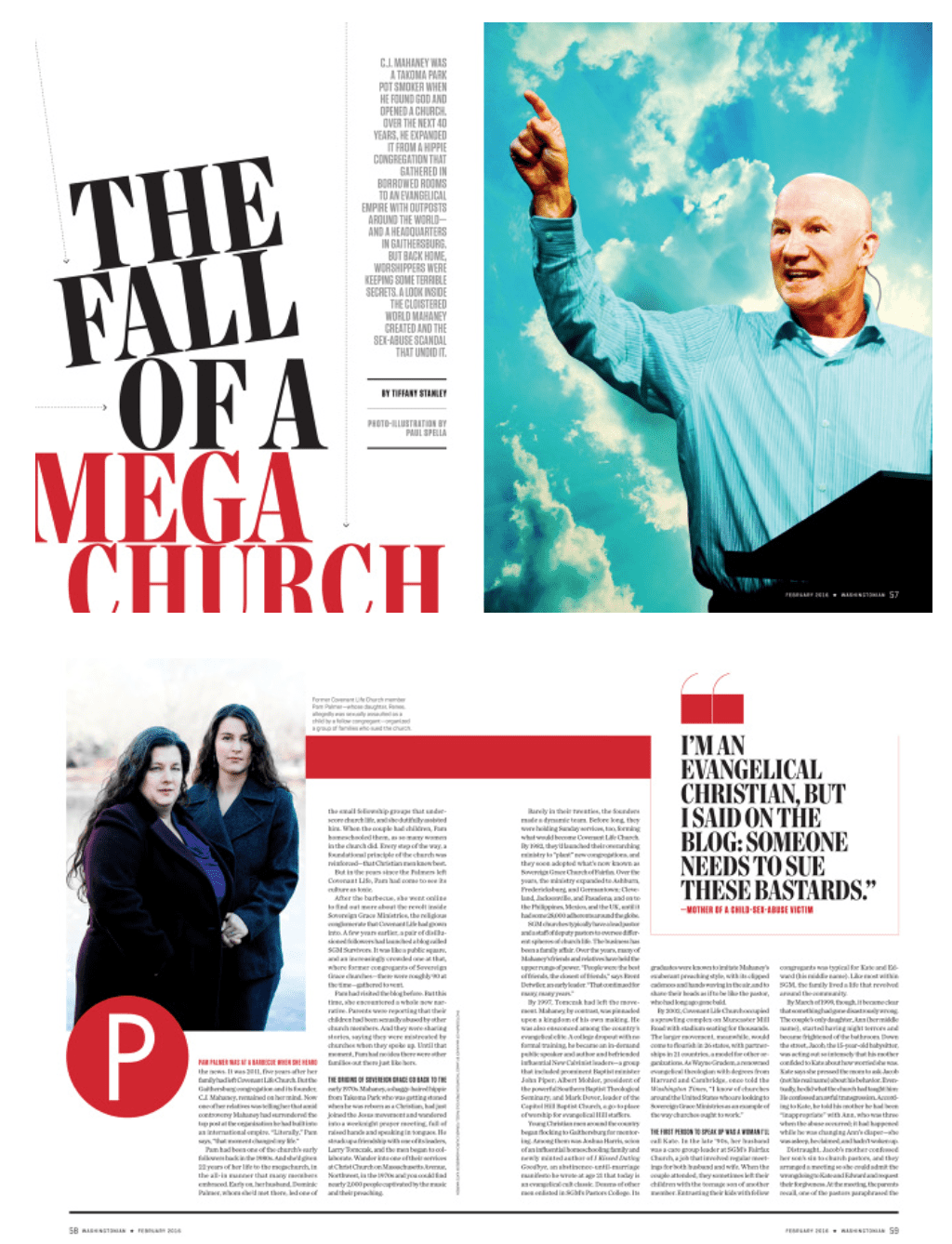 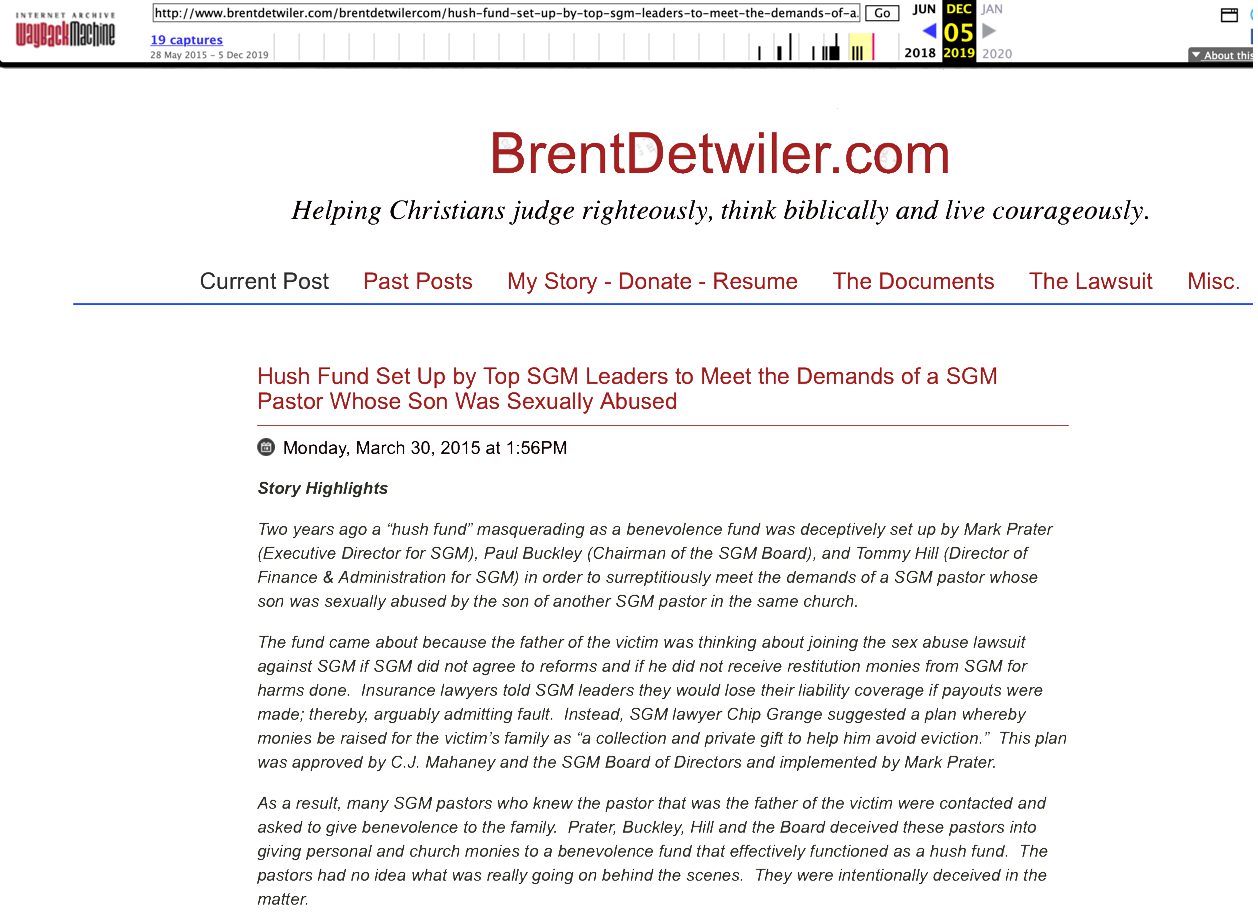 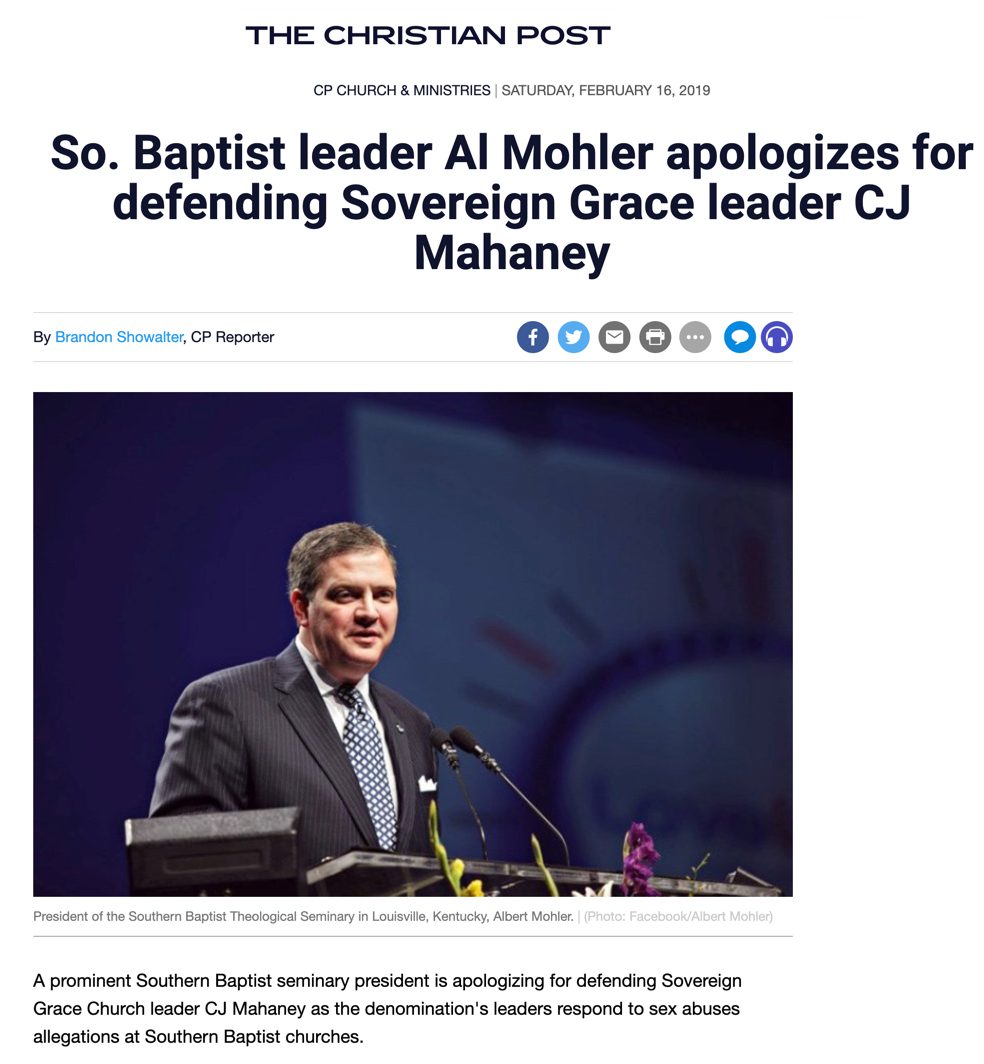 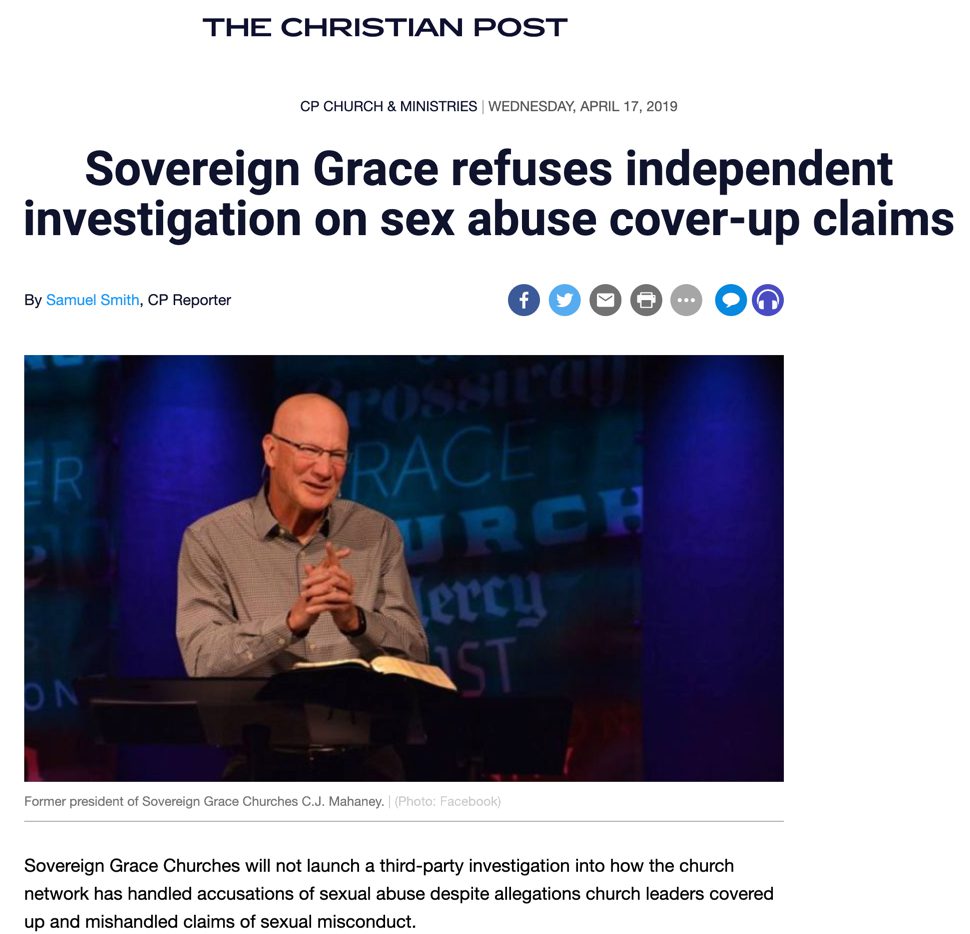 Instead, Sovereign Grace Gilbert pastor, Rich Richardson tells his apparently dim-witted congregation that they have found (after 30 years?) that Sovrin Greys is just too darn difficult to spell, and besides that, people don’t have a clue as to what Sovrain Grais means! 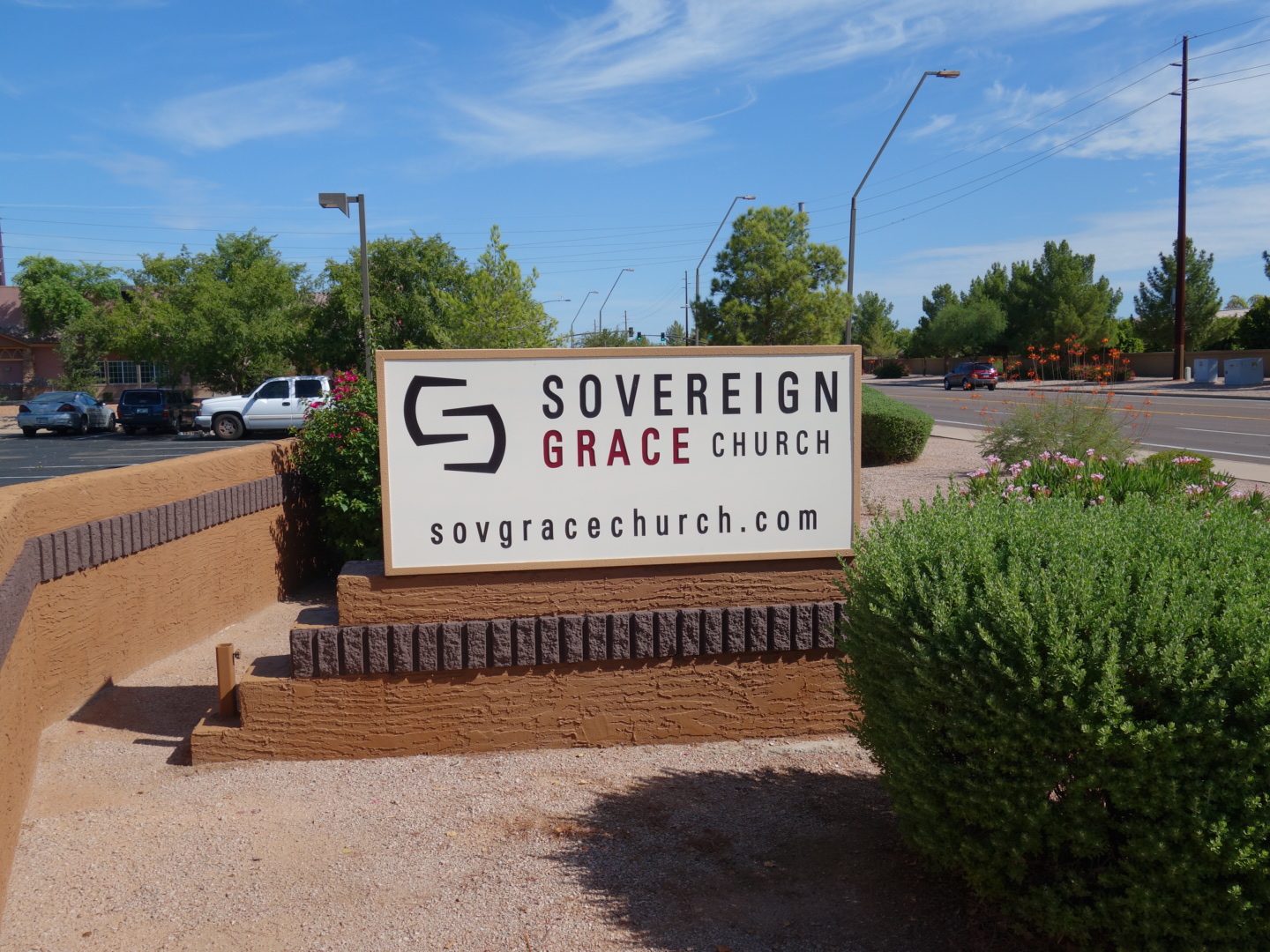 Here is the new sign – “Center Church Fixed on Jesus”. 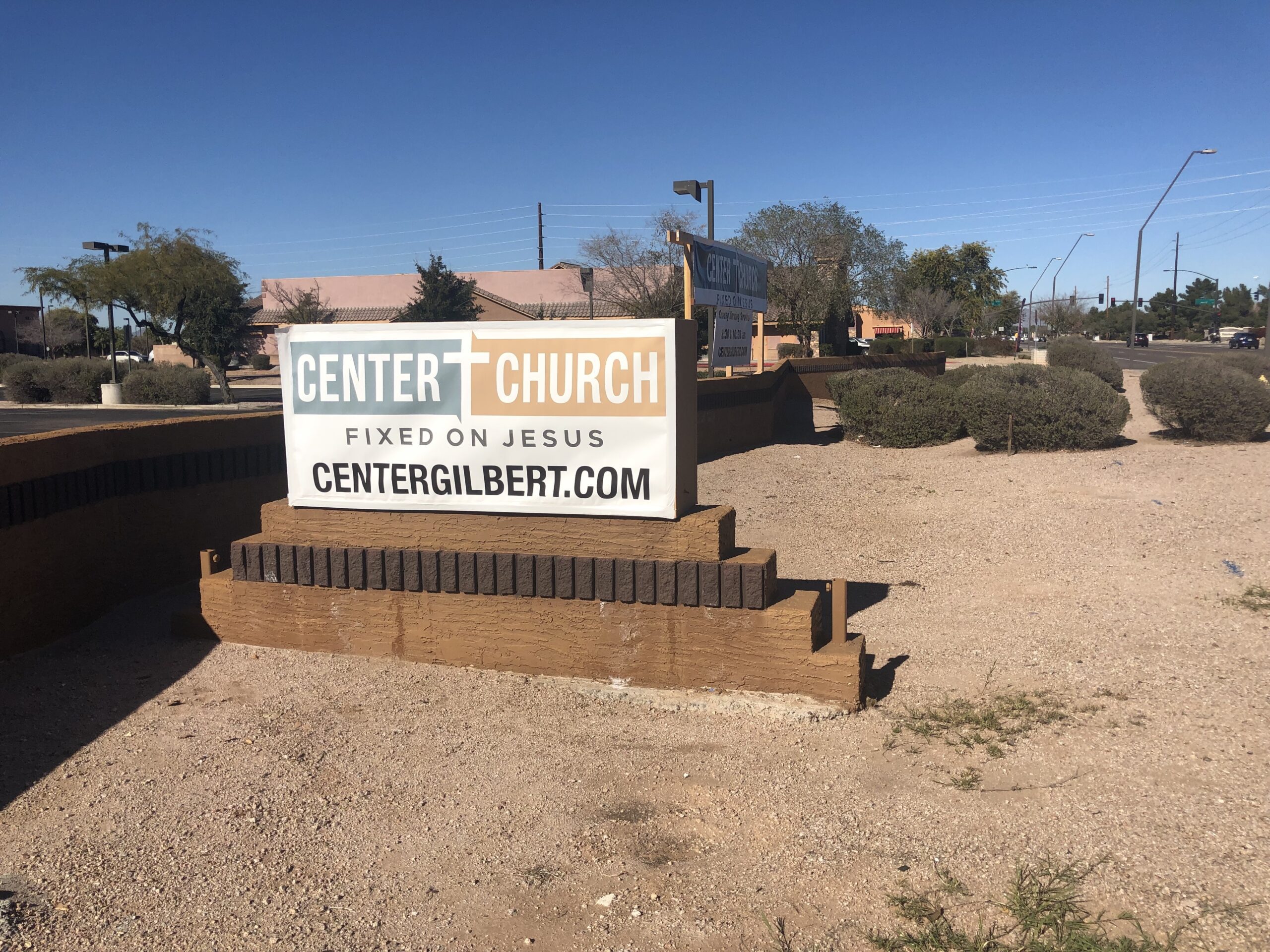 You will note that “Sovereign” is a three-syllable word whereas “Center” is only a two-syllable word, so not only has the spelling been simplified, but the reduction in syllables should also make it easier for church members to pronounce.

Of course, Rich and his crew could have really simplified things if they had used a one-syllable name. And to make it even easier to spell they could have made it a two-letter word.  I’m thinking “Go Church” would have been an epic name. People would automatically think about the Great Commission. (But maybe that is too complicated a concept for our simpletons to comprehend.) And I would also want to drop the “fixed on” Jesus. Your average church-goer (goer = Go Church!) would be confused over the spelling. Is it fixxed, or fixed? And not many people understand the rather archaic term “fixed on.” Does that mean Jesus is in need of repair?

We would be well-served to remember the acronym I learned years ago at the Air Traffic Control Academy – KISS. Keep It Simple Stupid. So let’s just have our church sign read:

And let’s make the website address gcj.com. I’m telling you, with a name like that you would have Generation X’ers flocking to your church. You’d have so many people attending that you would finally have to pave that back parking lot, and you would even have the money to do it!

Just don’t ruin things by inviting C.J. Mahaney to be a guest speaker. He’d be likely to break out his sermon about “Go Church” being the happiest place on earth!

Yes sir, “Go Church Jesus” is the ticket. Even a child with a 5th-grade education could get it right!

Note from Editor: Since I published this article Center Church of Gilbert has launched their new website. It appears they have been reading my blog! I mentioned “fixed on” being an archaic term, one that your average Center Church of Gilbert attendee would not understand – Rich Richardson must have agreed with me and he did something to “fix” the potential problem. Here is a screenshot from their website: 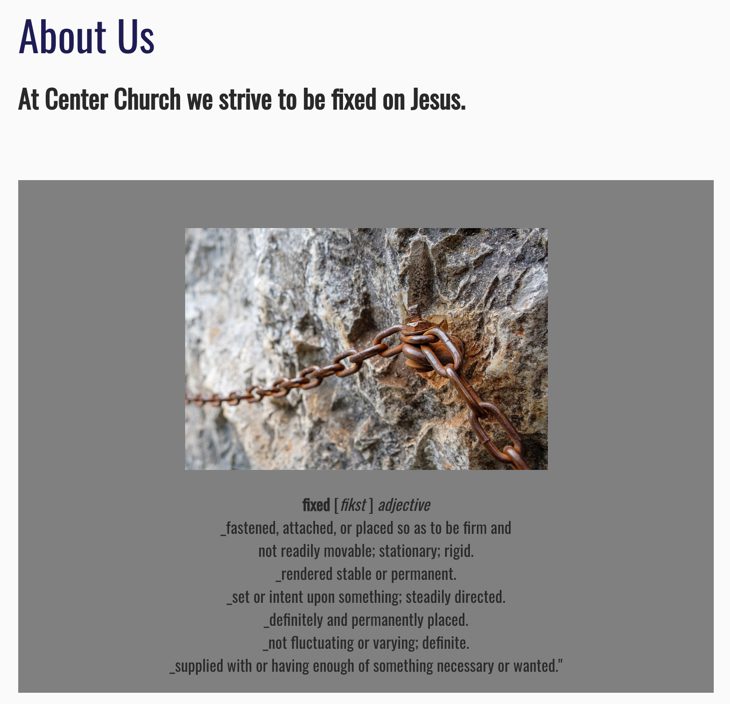 Great move Rich! Way to be proactive. Now the simpletons in your congregation may understand the meaning of your new logo.

But I am a little confused. You said you changed the name of your church from Sovereign Grace to Center Church because many people don’t understand what “sovereign grace” means, yet I see you have utilized the difficult term in your Statement of Faith! I foresee a lot of head-scratching among your congregation when they attempt to comprehend just what they are subscribing to! 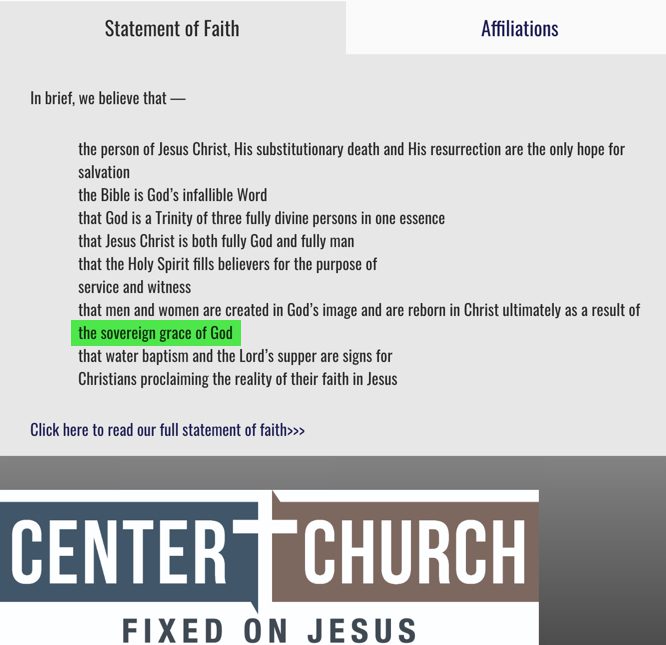 I applaud the fact that you acknowledged your affiliation with Sovereign Grace Churches, I just hope your congregation isn’t confused by being part of a denomination named after a term they don’t understand and can’t spell! 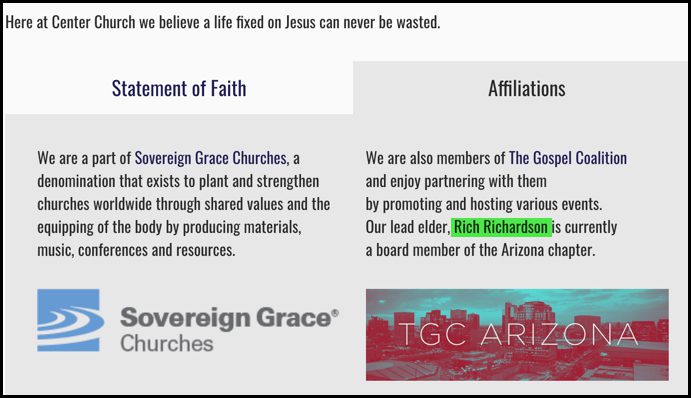 And finally, in my brief perusal (definition: to look over or through in a casual or cursory manner ) of your website I found one item you may wish to clean up: 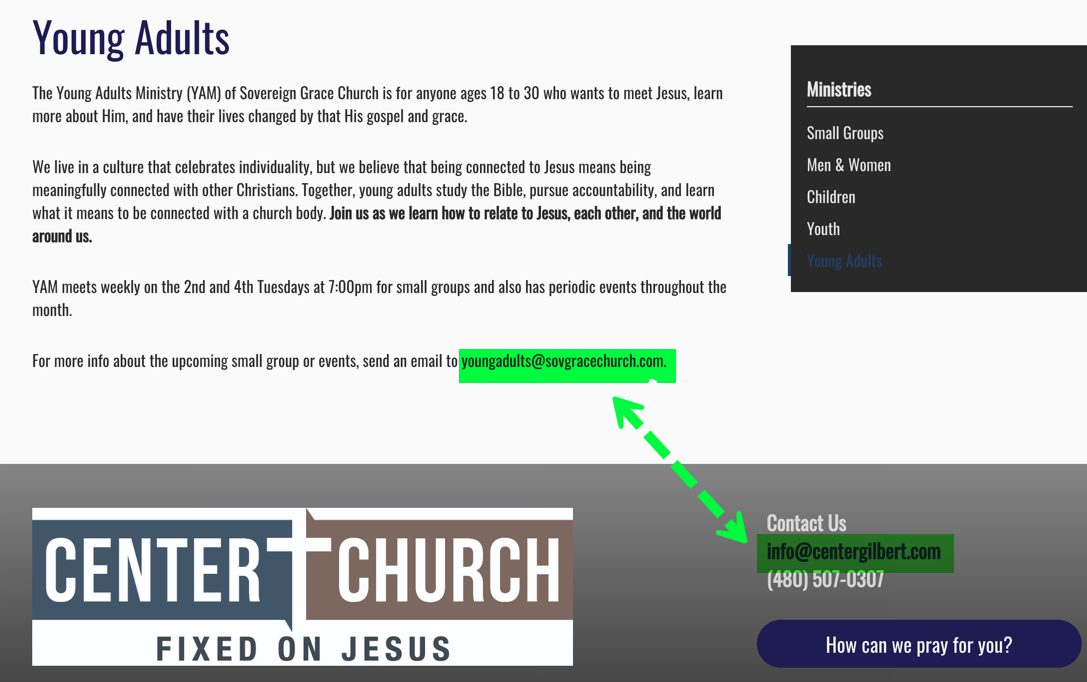