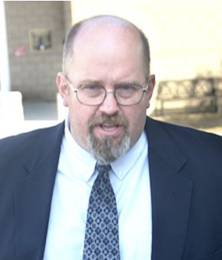 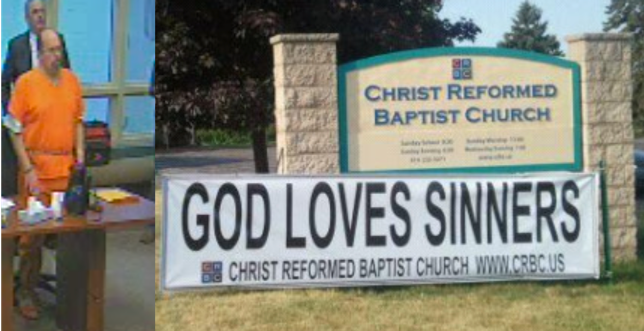 A trial date was to be scheduled at a Court hearing on December 2, 2019, but this past week Assistant Attorney General Blaine D. Gadow, the Prosecuting Attorney, filed a “Motion to Dismiss Without Prejudice.”  In the motion (see below)  Gadow stated, in a nutshell, that after consultation with the victim, based on the cost of another trial and the fact that Thomas Chantry has already been sentenced to 24 years in prison, a dismissal of the case would best serve the interests of justice and the victim.

I am disappointed. I would be the first to admit I am a novice when it comes to the legal system, but I struggle to understand this action by Assistant Attorney General Blaine D. Gadow. In my opinion, this is a victory for convicted child molester Thomas Chantry and it will have a chilling effect on future victim’s willingness to fight for justice through the court system.

I assume former ARBCA Pastor Thomas Chantry will be moved to new digs under the care of the Arizona Department of Corrections in time for the Holidays. He had been in the Yavapai County Jail for easy transport to and from court until this case was concluded. 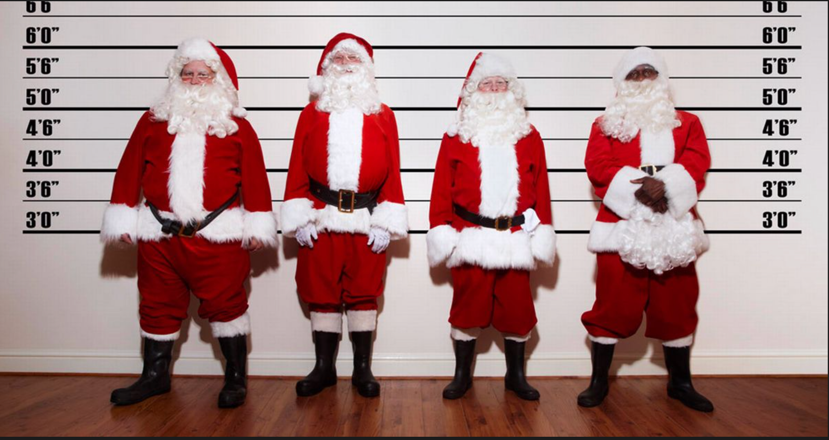 I forgot to mention, because this latest case was dismissed without prejudice, the prosecutor could file to reopen it (and bring it to trial) in the unlikely (highly unlikely, IMO) event that Chantry’s previous conviction is overturned on appeal.

Yes, I realize the case could be reopened, but I doubt that will happen. I also realize that only a very small percentage of appeals are successful. Thanks.

Todd, I think the thought process of the prosecutor is that the scarce resources of the courts and law enforcement would be better spent elsewhere than to take a man to trial on new charges, who, at his age and general health, could very well die in prison anyway. Think of it this way: If the state of Arizona could take the money they would have used to prosecute Chantry and use it to do a thorough investigation and prosecute another pedophile, wouldn’t you agree that that would be a better use of resources? Or perhaps they could use that same money to go after the “men of God” who aided and abetted Chantry in his sick perversions, by covering for him all those years and not going to law enforcement. IMHO, the prosecutor needs to make an example of them as well.

I could say a lot more, but at this point it would just be piling on. Tom Chantry is where he needs to be. Unfortunately, his actions have wrought untold destruction and pain on many innocent victims, including his own family. As the Bible says, “The sins of the father will be visited upon the children and children’s children,” etc. (Numbers 14:18)

Like a tornado, Chantry’s selfish acts have leveled many families and many lives.

Excellent comment, Rae. I agree with you. I would be thrilled to see about a dozen of the ARBCA pastor-thugs brought up on charges but I am doubtful that will happen. Any money spent on getting any pedophile behind bars is money well spent. Pedophiles don’t reform, as long as they are on the streets children are at risk.

I’m no legal expert either, but it would be my guess that the victim in this latest case had no real desire to dredge up the demons from the past, but would have been willing to face them, had the previous trials not yielded the desired result. From the victim’s point of view, I would think that the anguish of a criminal trial would not be worth the small satisfaction of keeping a 74 y.o. in prison for whatever meager existence will be remaining for him at that point in time.

Good point. I know the other victims of “Tommy the pedophile” who have already testified at two trials are also relieved they won’t have to testify a third time.

Let’s just pray that “Tommy the pedophile” is unsuccessful in the appeals process.

Good, then they won’t have to lie again

I assume the “they” you are referring to as liars are either convicted pedophile and former ARBCA Pastor Thomas Chantry, or his sidekick and also now a former ARBCA pastor, Don Linblad. They are the only two I know of who lied on the witness stand. Of course, there are a host of other ARBCA pastors that have lied in their attempted coverup of convicted pedophile Tom Chantry.

Are you included in that host???

Another great comment about convicted pedophile Tom Chantry and the ARBCA “pastors” that still support him!

@Realist, and yet… here you are…

Have no fear, Tom Chantry is likely a serial pedophile. Chances are that other victims will come forward and you can accuse them, too, of lying, from the little hole you’re hiding in.

If this already being spun as a Triumph?
With the usual God-Talk?

Most likely it is, albeit privately. The crooks that formerly made up the ARBCA elite have been exposed and they are no longer able to openly support Tommy the pedophile.

Often, when people are already put away for a long time, the state may decide to forgo a second trial due to the expense and the toll on the victims. It makes economic sense, but can be a real let-down for the person looking for their day to present the wrong that was done against them.

Welcome to the reality of budgets and how extraordinarily expensive our legal system is, both for the state and for everyone who tries to use it. The state had two trials already and it simply cannot afford another. The system has been designed by lawyers to maximize their profits. It will topple over and capsize like a ship that keeps growing taller until it is no longer stable in a storm. It is not just that but our whole state and federal governments are like that too as is the health insurance industry. All of these things are in the process of going bankrupt and will eventually have to be replaced with that which is simpler and that which will only cost a fraction as much.

God has been warning me for over 10 years of a great storm coming upon the world and I see signs that is very near now. When it hits it is time to look up and put our faith in God and not in the systems of men that are currently in place. Those systems are a vain source of hope, but our God is not.

he may not have wanted to put the victim through the process, or may not have had confidence in how well she would stand up under cross examination. He’s already in jail, and will be pretty old when he gets out, as well as registered as a sex offender, so, in reality, it was probably the best they could do..with the justice system, actual justice is rare, so you take what you get..

I support this victim”s decision and am glad he has enough closure to make this decision. I can see where he’s coming from and hope he’s been able to begin the process of forgiveness and healing, for his own sake. He ia in my prayers.

That is sad news from our earthly perspective. However, God still is in control, He still reigns on his throne. And He still has final say on Judgement Day. Tom Chantry is still guilty for all of his crimes, even those not convicted of and those recently dismissed. And in NOT fulfilling his role as a Pastor/Elder as in Titus, as a horrible shepherd of his sheep, he has a LOT to answer for when he stands before God. Unless repentance happens, he will never hear Well done, good and faithful servant… Even so, forgiveness can still happen, but the looming words for everyone, unless repentance, should be “Depart from Me, I never knew you”. We shouldn’t wish that for anyone, even our enemies.
So, I’m disappointed too. But it doesn’t change what he did. He still sinned against these children, even his (future) wife, and against God, no matter how much time he spends in jail or when he gets out. He still has to stand before God. I’d be on my knees so fast if I were that man… and for those who still support this man and believe in his innocence… wow. Just wow.

Thanks, Sarah for the good reminder.