“You are the salt of the earth. But what good is salt if it has lost its flavor? Can you make it salty again? It will be thrown out and trampled underfoot as worthless.”
-Jesus

TIME has just published an article on the Sovereign Grace sexual abuse scandal. You can view the article here. 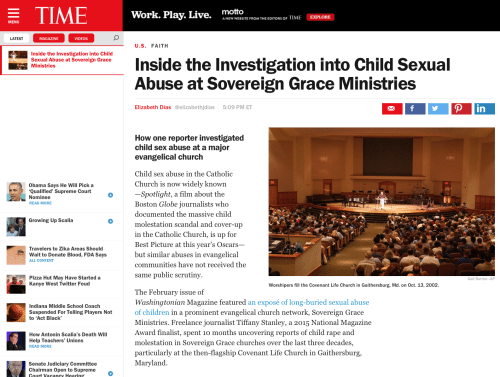 In the article, Elizabeth Dias interviews Tiffany Stanley. You may recall Stanley wrote the insightful article titled “The Sex Scandal That Devastated a Suburban Megachurch: Inside the Rise and Fall of Sovereign Grace Ministries.” The TIME article allows Stanley the opportunity to add further details to the story she wrote.

Both articles do a good job of exposing the scandal and I am thankful that a very bright spotlight is now shining on C.J. Mahaney, Sovereign Grace Churches, Covenant Life Church, and the Neo-Reformed Calvinist leaders who continue to back these people.

What I find deplorable is the fact that five years after the story broke, Christian evangelical leaders are still not willing to admit they have a problem.  It has taken secular media to drag these so-called Christian leaders into the light, exposing their evil deeds of sexual abuse, cover-up, and enabling these actions.  What a very sad commentary on  Evangelicalism in the United States.  As you can see in the line-up below, there are eight Christian leaders who are still planning on sharing the conference stage with C.J. Mahaney in a few months. They will all be speaking at the Together For The Gospel conference in April. 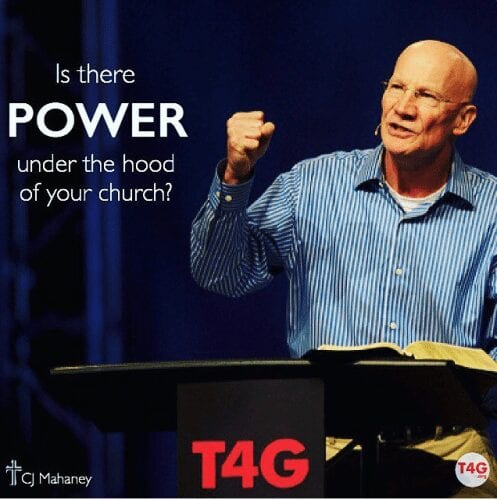 R.C. Sproul, because of either good sense or poor health,  just recently backed out of his speaking engagement.  Hopefully, more men will follow, but these leaders should know that their credibility has already been destroyed.  They should see an ever decreasing influence in the broader Christian world.

And that is a good thing. They have lost their flavor, and, as Jesus said, are worthless.

R.C. Sproul, citing health concerns, has dropped out of the T4G conference. One must wonder how much longer the  Christian celebrities pictured below can afford to continue their support of C.J. Mahaney. 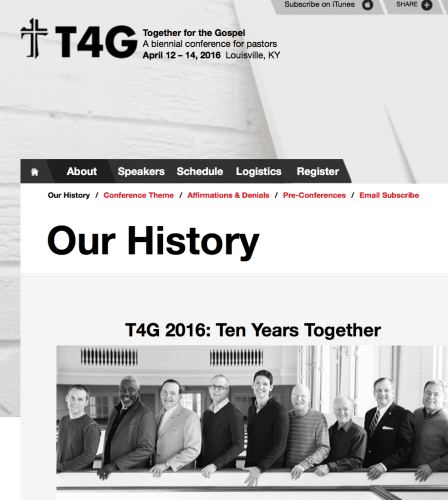 “An appalling and horrible thing has happened in the land. The prophets prophesy falsely, and the priests rule on their own authority; And My people love it so!  But what will you do at the end of it?”
Jeremiah 5:30-31

Before preceding further, it would be helpful to listen to this podcast from “The Mortification of Spin.” The subject matter deals specifically with the Mark Driscoll scandal, but it also applies to C.J. Mahaney, Sovereign Grace Churches, and their supporters.

Just to refresh our collective memory, let’s review some of what the Christian celebrity leaders have said about their good friend, C.J. Mahaney. These leaders were not hesitant to sing the praises of C.J. Mahaney, even though they knew full well of the sexual abuse scandal embroiling Mahaney and Sovereign Grace Churches.  These men seem to be totally bereft of any ability to exercise discernment, or, more likely, they know Mahaney’s involvement in the cover-up of abuse but they have allowed their love of money and power to override any concern for the victims or ethical response. 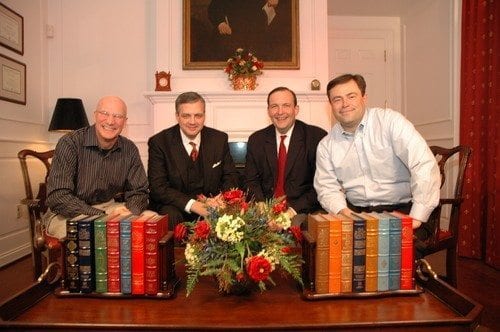 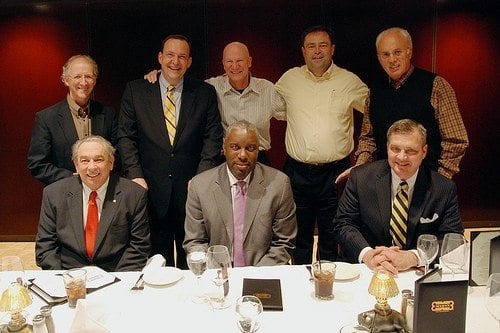 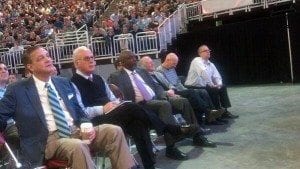 My name is John Paul Stepanian, and I am Dr. Grudem’s assistant as well as a student here at Phoenix Seminary. One of my jobs is to see to Dr. Grudem’s correspondence on his behalf.

Thank you for your inquiry regarding Dr. Grudem speaking at CJ’s church.  Dr. Grudem has the challenging task of weighing many worthy and intriguing requests.  His current research, teaching, speaking engagements and family commitments have filled his schedule, and unfortunately he will be unable to answer your questions directly.  Please accept his regrets.  Dr. Grudem has asked me to personally respond to these requests on his behalf.

Dr. Grudem is speaking at CJ’s church specifically so that he can signal support for CJ in the face of unjust accusations.  No further communication on this subject will be responded to.

May God bless your continued work for His kingdom.

Do you think money may have compromised Wayne Grudem? 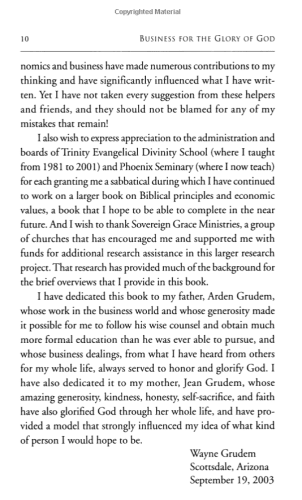 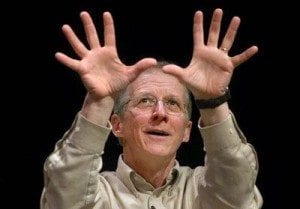 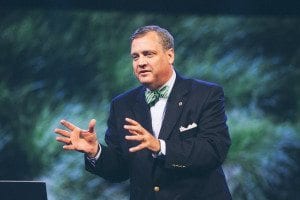 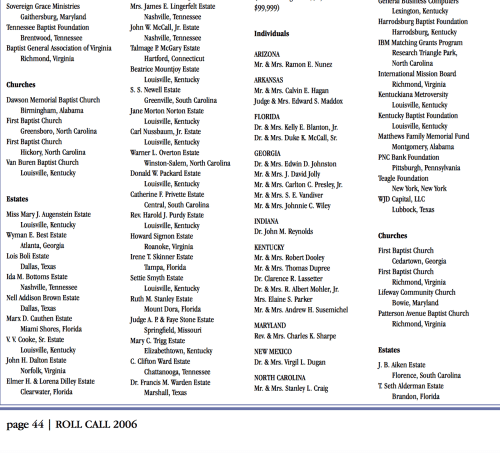 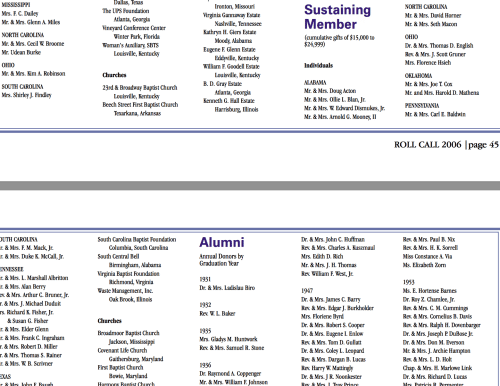 Read this post for a demonstration of how Anyabwile handles criticism of his support for C.J. Mahaney. 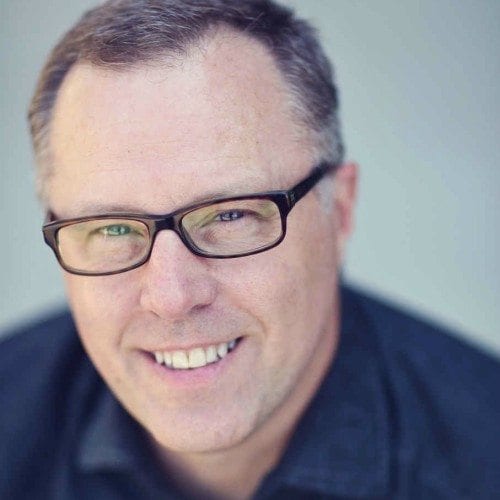 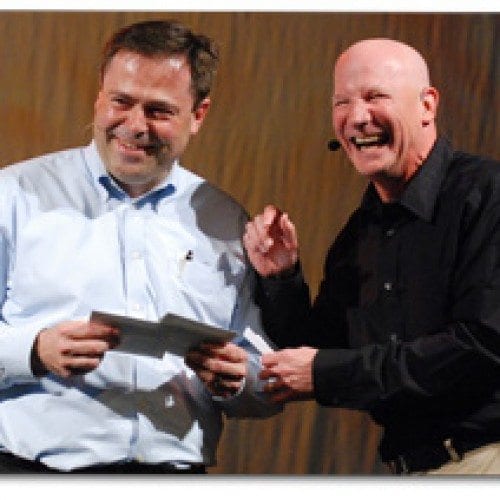 Do you think money may have compromised Mark Dever? Here is a short audio clip taken from a YouTube video of Dever, Piper and Terry Virgo heaping lavish praise on C.J. Mahaney.  Dever mentions Mahaney has been very generous to them.  In context, I would take this to mean Capitol Hill Baptist Church.  It would be interesting to know how much Sovereign Grace money was donated to both CHBC and 9Marks. I would guess the amount was significant.

Here is Dever praising Mahaney shortly after Mahaney had started his new church in Louisville. Mahaney had fled from Covenant Life Church to Dever’s Capitol Hill Baptist Church and then decided he was called to plant a church in Louisville, KY.  Louisville was already home to 3,500 churches, but apparently none of those churches got the “gospel” quite right, therefore, Mahaney and his band of relatives and hangers-on migrated west so they could “serve” the community of Louisville. “It’s great to be with you this morning, thank you so much for your warm welcome and your prayers; that means so much to me… Thank you for the honor to be here. I’m just so glad that Sovereign Grace is here, that C.J. is here; we need in Louisville more churches that preach the gospel. We have a lot of work to do in this city. We have many people that need to be saved in this city so we’re so glad you’re here to partner with us in that. We’re comrades in the gospel, we’re friends in the gospel and we just rejoice that Sovereign Grace is here.” 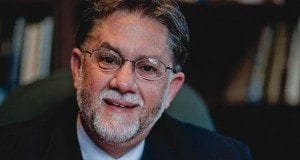 “I  just want you to know how much my wife and I and our family have been blessed by Sovereign Grace Ministries and Sovereign Grace music.  Oh my, you have enriched our lives! And we are just overwhelmed with gratitude to the Lord, through you to the Lord, for the ways in which you have enriched us, taught us, inspired us in worship, and have been very good friends to us… So we are very grateful to be a part.” 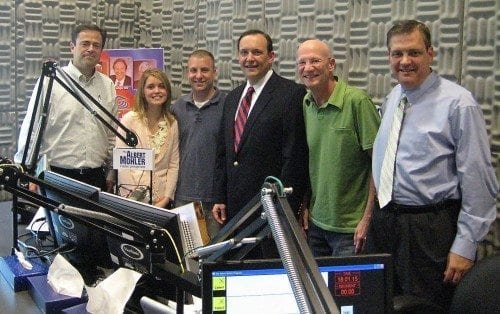 Friends don’t let friends cover up sexual abuse of children… or do they?

“ A Word about C.J. Mahaney and Sovereign Grace Ministries

If you have been confused or discouraged by things you have read on the internet concerning my friend C.J. Mahaney and his leave of absence from the board and presidency of Sovereign Grace Ministries (SGM), I would encourage you to read this and this and this and this, if you want to understand what is really going on.

I would then encourage you to ignore the assaults of wounded people on attack websites and blogs, and that you discount the opinings of those who have no real knowledge of these matters or relation to SGM or authority to comment upon them, and that you refrain from assuming that you (or they) are in a position to render judgment on these things.

It is clear that far from a scandalous cover up, our brothers at Sovereign Grace are taking these matters with utter seriousness and are endeavoring to walk in Gospel repentance and humility and fidelity. C.J. knows of my complete love and respect for him. And my brethren at Sovereign Grace know of my support and prayers for them. Al Mohler has spoken about this here. And, of course, C.J. has reached out to Mark Dever for counsel and accountability, but I want to emphasize that we fully respect the process that SGM is taking to review the entire situation and that we have no intention whatsoever of joining in the adjudicating of this case in the realm of the internet — a practice as ugly as it is unbiblical.

Our response ought, positively, to be to pray for SGM. Indeed, they have asked us to: “Please pray for the people involved and for our network of local churches. This is a difficult time for us, but we see God using these events to refine us and prune us (June 15). We want to embrace all God has for us in this time and pray it will lead to greater fruitfulness. Psalm 37:3 & 5 carry a precious promise: “Trust in the Lord, and do good; dwell in the land and befriend faithfulness … Commit your way to the Lord; trust in him, and he will act.”

If you read this, you will get a taste of the fruit of Gospel repentance that is already being borne in SGM. It would have been very easy for the leadership of SGM to ignore and dismiss these charges, because so many of them are so evidently self-serving and spurious accusations. But instead, the leadership of SGM has taken the high road, or rather they have chosen to go the way of self-examination, submission to outside review and correction, self-abasement and repentance. It just makes me love and respect them all the more. 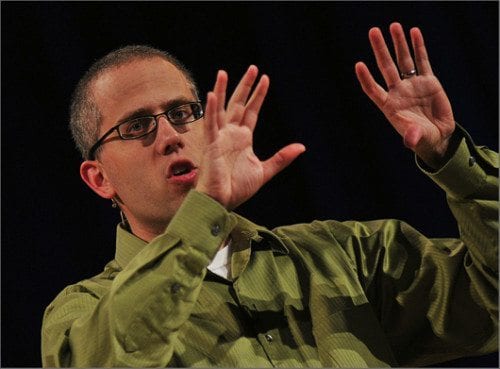 “So the entire legal strategy was dependent on a theory of conspiracy that was more hearsay than anything like reasonable demonstration of culpability. As to the specific matter of C. J. participating in some massive cover-up, the legal evidence was so paltry (more like non-existent) that the judge did not think a trial was even warranted.

… High-profile Christians are sometimes targeted not because they are guilty, but because they are well known. While those who are shown to be guilty should be exposed with rigor and with tears, surely as brothers and sisters in Christ we must understand how much gain there is for those who hate the gospel when Christian leaders are unfairly attacked and diminished.

…Please do not hear us saying that we assume all of the plaintiffs are lying. We do not assume all the defendants are innocent, or that they are all guilty.

…we are friends with C.J.

…Reports on the lawsuit from Christianity Today and World Magazine (among others) explicitly and repeatedly drew attention to C. J., connecting the suit to recent changes within SGM. He has also been the object of libel and even a Javert-like obsession by some. One of the so-called discernment blogs—often trafficking more in speculation and gossip than edifying discernment—reprinted a comment from a woman who issued this ominous wish, “I hope [this lawsuit] ruins the entire organization [of SGM] and every single perpetrator and co-conspirator financially, mentally and physically.”

We are not ashamed to call C. J. a friend. Our relationship with C. J. is like that with any good friend—full of laughter and sober reflection, encouragement and mutual correction. He has regularly invited—even pursued—correction, and we have given him our perspective when it is warranted. While the admission of friendship may render this entire statement tainted in the eyes of some, we hope most Christians will understand that while friends should never cover for each others’ sins, neither do friends quickly accept the accusations of others when they run counter to everything they have come to see and know about their friend. We are grateful for C. J.’s friendship and his fruitful ministry of the gospel over many decades.”
Original Statement of Support from The Gospel Coalition; signed by D.A. Carson, Kevin DeYoung and Justin Taylor.

Janet Mefferd and Boz Tchividjian react to the statement released by the Gospel Coalition: