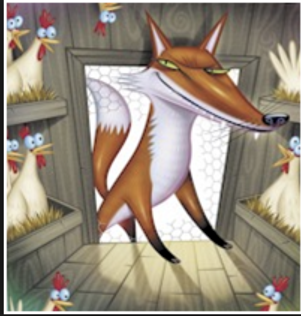 Brent Detwiler has written an important article concerning the possible misappropriation of ARBCA funds for the defense of Thomas Chantry.  I encourage all to read it here.

I don’t get what is being said about Vandermeulen. Cypher claims Vandermeulen orchestrated the impassibility vote as cover for getting control of ARBCA funds to cover Chantry’s defense.

If the impassibility debate began in 2014 and the vote was in 2015, that’s a full year before Chantry joins ARBCA and more than a year before he’s under investigation. How did Vandermeulen know to do all of that. From what I hear, he’s not that bright.

I wondered the same thing

The metamorphosis of ARBCA into the Roman Catholic CURIA (cardinals who are mindless bureaucrats and close friends and political appointees of the pope) is almost complete. In ARBCA’s case, this is not a chrysalis turning into a magnificent autumn butterfly, mind you, but a larva turning into a late season fly. Rome has survived as the WHORE of Babylon for 17 centuries and the ARBCA-ites have now borrowed Rome’s RED BINDER “playbook” to continue the sacred tradition of employing various layers of bureaucracy in covering for perverts and other assorted misfits within Reformed Baptist circles. The “Super Apostles” in ARBCA have become ensnared within Rome’s “perverse ecumenical outreach” as they bow to kiss the pope’s ring, congratulate each other, and stand askance and admire the constant selfies they take on their cell phones.

In the meantime, all the victims of physical, sexual, and spiritual abuse at the hands of clergy or church personnel have their wounds ripped wide open again as the chicanery continues in another venue. God help us all!

Well said, Van Helsing. Since this whole thing started, one could not help but notice the similarities between ARBCA and Rome.

Who is going to vet you, Paul E? The ARBCA? Now there is a group that should become the model for all similar organizations: “Save our idols and to hell with the carnage we may cause by doing so.” To this day there has been NO ONE claiming to speak for Christ through the ARBCA in the midst of this self-caused debacle. Where is the concern FOR HIS HONOR over and above that of the perpetrators and enablers whose nauseating speech grew old from the second word? As for vetting yourself, Paul E, you have done a fine job in showing yourself to be just another duped soul who believes and propagates lies in hopes of benefiting a scoundrel, a pedophile, and a traitor to Christ. Do you seriously think that just because you called for the removal of an article that the ones that read you are so stupid as to fall for one of the oldest tricks in the quiver of satan? Yes, I suppose you do think that your readers SHOULD be stupid in order to continue to fleece them of their money and their souls, but not so God’s Elect. Do you expect that people should come to the aid of a self-proclaimed “brother in Christ” who shows ZERO good fruit to that end but rather the rancid variety so common among the pretenders to the Faith such as yourself? Your speech is rancid, your fruit is rancid and you heart is rancid because it is impossible for a “good tree’ (a saved person) to bring for the bad fruit that you and Tom Chantry have displayed—and the kicker is that both of you claim to have done what you do in the “name of Christ.” Another blasphemy to your credit. And yes, Paul E, you are just as guilty as TC since you have come to his aid in an attempt to exonerate him by saying that everyone else is lying but you, the ARBCA, and TC. I could quote multiple verses that would support this but since you have proven yourself to be blinded to the truth what’s the use? The elect are not so blinded, but you are. Ordinarily, I would say that you are aiding and abetting the enemy of Christ and ushering in the antichrist, but this, too, would be over your head and fall upon deaf ears.

If you, Paul E, were one/one hundredth as interested in defending the Faith and the Good Character of the Lord Jesus Christ you would never have sided with this man whose life is a testament to his hatred for the Lord Jesus. But it is people like you that are more interested in worshipping their idols than bowing their knees to the Lord Jesus, the Judge that you will face soon enough.

I strongly believe ARBCA is bankrolling some or most of Chantry’s defense. It’s one of only a few reasonable scenarios. Of course that money comes indirectly, but regularly via the offerings and tithes given to local ARBCA-loyal churches whose members and attendees assumed the money would be used for the service of God. Silly them.

So not only has ARBCA possibly violated IRS code, church members have unwittingly contributed to the legal defense of a child abuser. That includes me, and that makes me ashamed.

Meanwhile, ARBCA-loyal elders and deacons keep quiet. If they have been asked, they have likely sidestepped the question, perhaps hiding behind sophistry: “Those kinds of questions don’t further the gospel.” But were it demanded of them to provide a full accounting of a local church’s contribution to ARBCA and what proportion went to Chantry’s defense, could they? Would ARBCA provide that information? In truth? Or would doing so unearth an corpse leading to an IRS investigation? I’ll go long on the latter.

One wonders when the blinders worn by the complacent in the pews will fall away, when demands for emergency congregational meetings will escalate, and when some elders and deacons will be asked to step down simply on the basis that they too, like Chantry, are no longer beyond reproach.

It’s an outrage that these things are happening in churches claiming to have the closest acquaintance with the truth of God’s word.

Thanks Paul. I couldn’t have said it better.

This is why church bodies should have to fill out Form 990 like every other 501(c)3 nonprofit. It would be difficult to hide that much money being sent out in defense of Chantry.

Paul, it’s uncanny how much you sound like Phil Johnson.

Did Brent vet the source of this correspondence? Did the source simply identify him/herself as “Cypher2017” in the email exchanges, or is that a gloss that Brent is supplying to provide anonymity?
If he didn’t get an actual identity, then his rather lengthy post is extremely non-credible, and his publicizing it (and your linking to it) are very irresponsible.
That’s the problem with these “Christian discernment” sites. Who is your reporting accountable to? Who is ensuring that you are using proper methods to verify these claims and the people making them? On the internet, anyone can say anything. And in today’s climate, anyone can be judged guilty in the court of public opinion simply by virtue of an anonymous allegation being leveled. If I were you, I’d remove your post, and exhort Brent to do the same.

I believe Detwiler’s body of work shows him to be very accurate with the material he has published.

What ARBCA church do you attend Paul? I suggest members of ARBCA churches call for an independent financial audit of the ARBCA books. I would think anyone with a modicum of common sense would have ample reason to doubt the trustworthiness and transparency of ARBCA leadership.

Thank you for continuing to read my “Christian discernment” blog Paul. You’re right about one thing, on the internet anyone can say anything, as you have so ably demonstrated. You offered me some unsolicited advice, so let me return the favor – put your hard hat on and return to your ARBCA bunker, the fallout may get nasty.

I find it funny how your ilk like to admonish people such as myself. I received similar admonishments from Chantry’s enablers when I first published stories of his arrest.

Dee over at Wartburg Watch didn’t just “receive admonishments” when she touched the Chantry third rail. A Chantry fanboy Defender of the Faith sent a sheaf of anonymous poison pen letters to her church, her husband’s employer, and others.

Chantry and his defenders are a classy bunch.

“Poison pen” sounds to me like the guilty person’s alternative to a proper civil defamation case, which is the legal remedy that our system provides. Of course, in a defamation suit there would be legal discovery and production of all relevant documents by both respondent and plaintiff.

Me thinks that the hypothetical plaintiff in this case may be reluctant to participate in such a discovery process.

Oh, Chantry could file for defamation, but he wouldn’t win. Tough to prove to a jury that his reputation wasn’t damaged already, and he would have to prove those alleged to have defamed him acted with malice aforethought or with reckless disregard for the truth. Moreover, he has become a “limited public figure” by virtue of his arrest, arraignment and conviction. He is pretty much fair game for fair comment and criticism.

Someone in the comment threads who was familiar with Scientology identified the poison pen letter shotgun as a “Dead Agent Pack”. Not so say the Concerned Christian(TM) was Ronbot, but that they were using the exact same tactic in the name of Chantry instead of Elron & Miscavage.

And when your church can be described as “Just like Scientology, Except CHRISTIAN(TM)!” that is NOT a good sign.

“I suggest members of ARBCA churches call for an independent financial audit of the ARBCA books.” Exactly, Todd! As the saying goes, “If you want to know the truth about something, just follow the money.”

Also, I hope someone with inside knowledge of what is going on with ARBCA funds is contacting the IRS, as Brent suggested on his blog. “Paul” can huff and puff all he wants, but if the government gets involved and finds wrongdoing, it really doesn’t matter what any of us say on this or any other blog. There’s nothing that any of us could do that is going to hurt ARBCA more than being investigated by the government, especially if they find evidence of financial misdeeds. For starters, their 501(c)(3) status could be in jeopardy, and that’s only the beginning. Let’s just say, if there has been any misuse of funds, sucks to be them. And, of course, anything the government can do would pale in comparison to what our Almighty creator has in store for them.

Honestly, these trolls get so worked up about what people are saying on the various blogs. Totally missing the elephant in the room. What any of us are saying is not going to get them in trouble – it’s potentially what they’ve done that could get them in trouble. Very predictable projection and diversionary tactics.