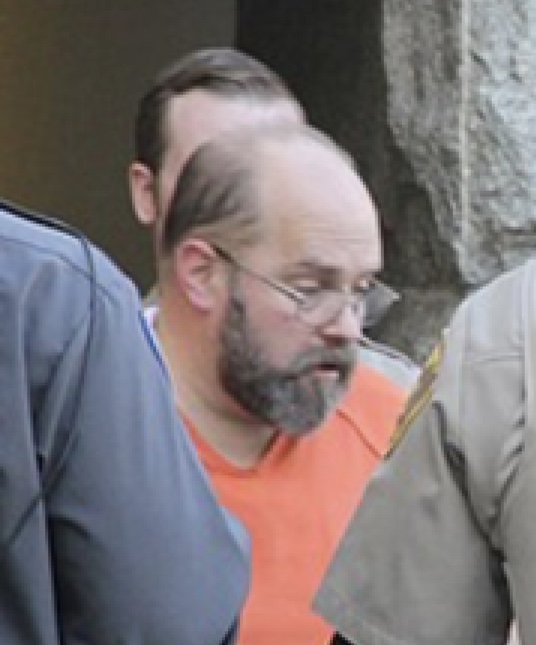 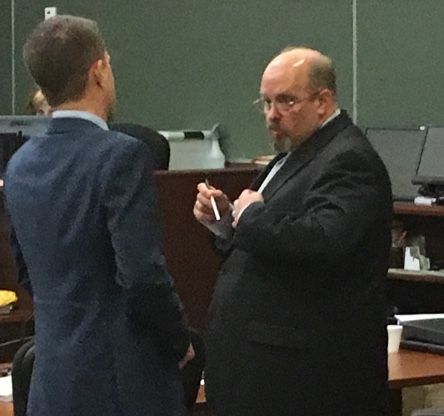 Tom Chantry has filed a motion for a new trial. I would guess that set father-in-law Al Huber back at least a month or two of Tom’s salary(see below). Of course Tom hasn’t worked in months, but that doesn’t have any impact on his ability to keep his attorney Ryan Stevens and detective Rich Robertson employed in his service.  As long as ARBCA Assistant Pastor Al Huber keeps the money spigot open, Tom will undoubtedly keep filing motions and appeals, regardless of his chance of prevailing. 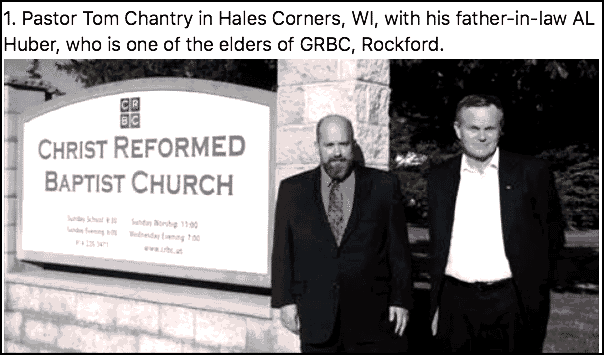 Here’s a free piece of advice for team Chantry – page 10, line 1-3 of your motion is factually inaccurate. I obtained the information concerning the rogue juror of the first Chantry trial while the second trial was already underway. The local press received their information from my blog.

And here’s a piece of advice for future jurors – I wouldn’t participate in a post-trial meeting with a defense attorney and his detective. The defense team has one purpose – to clear their client of all charges.  They have years of legal expertise, you have none. Caveat emptor.

So having lost fair and square, attorney Ryan Stevens and investigator Rich Robertson proceed to seek revenge by trying to attack/entrap members of the jury.

I’m told that the government (judges) often take a dim view of such desperate, immature behavior.

I’m no attorney, yet this whole motion reads like a piece of garbage that wouldn’t receive a passing grade in an English 101 class.

The allegations of juror misconduct are completely unsubstantiated.

As Todd pointed out, one of them is likely an outright lie, although it’s hard to know what’s what when Stevens doesn’t name the media sources in question.

That makes me wonder if the other allegations of juror misconduct are desperate fantasies or lies, too.

Stevens other arguments just dispute decisions made the judge or are too vague to be taken seriously, in my view.

Reply
Rather not say

Speaking of English 101, the word is ‘regardless’ (not ‘irregardless’).

Thanks for the correction. I don’t like to use “clunky” words, so I changed it!

Is Irregardless A Word? – Everything After Z by Dictionary.com
https://www.dictionary.com/e/is-irregardless-a-word/
Irregardless is a nonstandard synonym for regardless, which means “without concern as to advice, warning, or hardship,” or “heedless.” Its nonstandard status is due to the double negative construction of the prefix ir- with the suffix -less. … The bottom line is that irregardless is indeed a word, albeit a clunky one

Todd wrote a blog post, not a formal legal document. ?

Irrespective would have been a better word choice, yet Todd didn’t bring up English 101. That’s on me.

I wasn’t taking a dig at Mr. Stevens grammar or spelling skills. I think an English 101 teacher would expect all his arguments to be substantiated by sources. This gentleman is a lawyer after all.

Some of Mr. Steven’s points also seem desperate and amateurish. He wants a new trial because the prosecutor used the word diabolical?

This is just my opinion. Thanks.

Consider the difference in the trials of Andrew Brunson, the jailed pastor in Turkey these past almost three years, and Chantry’s. The courtroom was packed with Christians and other pastors visibly in support of Brunson. This showing followed more than a year of regular visits and provisions brought to Brunson in jail. A show of Christian solidarity in their challenge to the false charges. When Brunson was allowed to speak, he gave the gospel message. By contrast and despite ARBCA pastors claiming Chantry is innocent, where are the fellow pastors? The former flock he shepherded? His network of blogging brothers? After a lifetime in ARBCA-related ministry, no one? Other than two family members, the only other Christians in the courtroom were in support of the prosecution. This is a legacy of ARBCA — it’s passivity in the face of opportunity to be a light to the world: ignoring the circumstances of his night-time exit from his Prescott flock, ignoring or covering later claims of impropriety, continued vocal support of his innocence, some to this day, but at the moment of need, the opportunity of a public show of support, no pastors visited, no pastors stood, no congregants showed up. ARBCA’s absence in the courtroom during a trial of ARBCA governance — a picture should be on their website banner — when compared to the crowd standing with Brunson shines a bright light on the fact that commitment to confessions may found an association, but character sustains it. What we saw in Chantry’s courtroom was an absence of character.

They’ve never believed he was innocent. They just felt threatened by people stating that ARBCA covered up crimes.

Therefore, I see no relationship whatsoever between the Chantry case and the Brunson case, about which I know relatively little.

The legal systems in Turkey and the USA are also very different. Tom Chantry was presumed innocent and defended by expensive, first-rate lawyers. He’s not a victim of an unfair trial system.

I’m not sure you’re aware that several prominent ARBCA pastors and members attended the first trial to support Chantry. Some of them harrassed Todd to try and make him lash out and look bad. Fortunately, Todd is unflappable.

I think that ARBCA people only avoided the second trial, because they didn’t want negative publicity from this blog.

I estimate that by now, articles about Tom Chantry have received at least 1.5 million hits. Many visitors stay on the site for a long time too.

Sorry, my friend, I don’t see things your way. I think your heart is in the right place, yet you’re romantizing an ugly situation.

In my opinion, ARBCA leaders are just thugs using their supposed religious beliefs as justification for committing heinous crimes.

You misunderstood the comment — I agree with you and I’m saying the evidence of their corrupt character is the fact that they abandoned the ship rather than defend what they had done in the past.

This public show of corrupt character is a sad contrast for christianity in this country compared to the vibrant defense of truth in other places.

I’m at the point where “Is there any church that isn’t automatically corrupt?”

Hi Carson, I took a short time off from moderating so wasn’t trying to ignore you.

My response was not very good, and I wasn’t friendly. I apologize profusely. Your point was excellent. I suppose I was trying to say the following:

I don’t think that these ARBCA guys are good Christians who just dropped the ball. I think they’re awful people who are just using supposed religious beliefs as a excuse for covering up crimes.

Also, I wasn’t sure you knew that well-known ARBCA pastors showed up at the first trial and got much flack for doing so, because so many people read this blog during the first trial.

In other words, they probably didn’t show up at the second tial simply because they didn’t want to be part of Todd’s coverage.

Excellent analysis. The empty courtroom speaks volumes. If ARBCA pastors and others really believed in his innocence and that he has been falsely accused, they would have been there to show their support. Especially since he is Walt’s son.
Pride goeth before a fall. This has been a long time coming.

Absolutely incredible and too much for words! We are witnessing the demonic in action as “People of the Lie” NEVER accept responsibility for their actions. They are spawn of their father Lucifer who was the first narcissist.